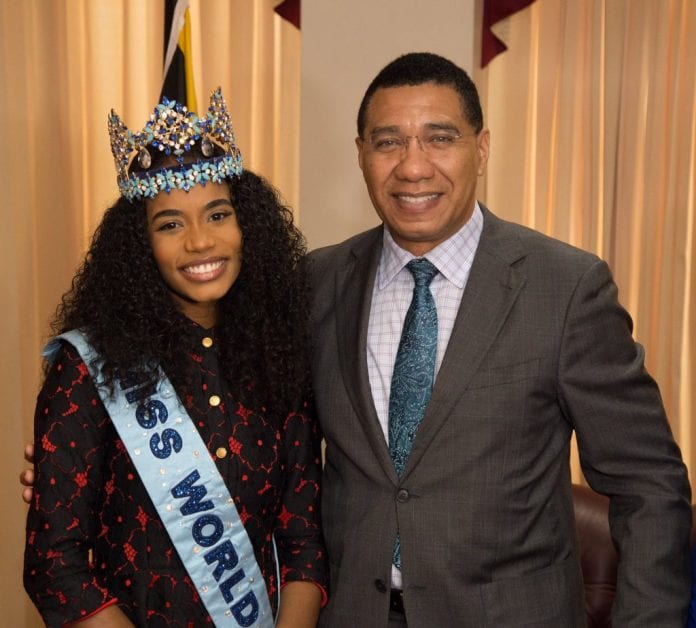 KINGSTON, Jamaica – Miss World 2019, Toni-Ann Singh has received a diplomatic passport and been appointed as Ambassador for Jamaica by the Jamaican government.

The announcement was made by Prime Minister Andrew Holness, who said via his official Facebook page that the documents were presented to Singh on Monday.

“I officially presented the documents to Toni-Ann this morning during a courtesy call which she paid at my offices,” said Holness via his Facebook page.

With the passport and appointment, Singh will be able to travel the world with the blessings of her country, as well as adding value to both the Miss World organisation and Brand Jamaica.

The courtesy call on Holness came a day after Singh toured sections of St Thomas, the parish from which she hails.

Her first stop in the parish was at Yallahs, where people were out hours before her scheduled 10 am arrival time.

Speaking to the crowd from a stage that was mounted in Yallahs Square, Singh greeted the citizens and thanked them for their rousing support.

“I see all of you out here and my heart is just full. I cannot believe it. Thank you so much,” she said to loud cheers.