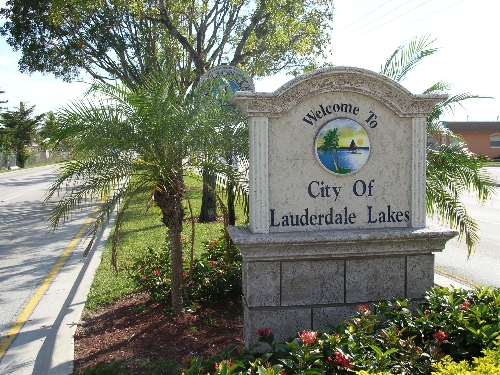 Lauderdale Lakes still searching for candidate, though may be laboring under sham applicants

The search is still on for city manager for Lauderdale Lakes, which has been functioning without since April, after former manager Jonathan Allen was dismissed after disagreements with the city commission over their shared vision of the city.

A manager that would tow the commissioners’ line seems implicit in the advertised job description, which calls for “a highly qualified” candidate with city managerial experience who can be “a strong collaborator, innovator, and visionary who can communicate the City Commission’s vision for the City.”

But commissioners at a recent board meeting bemoaned the quality of the applicants, which varied from store stock clerks to secretaries, with only two applicants possessing some city management experience. According to the city’s human resources department, approximately 100 applications were received, to be reviewed by the city’s mayor and commissioners.

Responding to reports that several applicants were woefully weak, Lascelles Blake, a long-time city resident, said he believes the fact there are so many applicants, including several “unqualified applicants” is because there’s “an orchestrated effort by someone or some people” to protest Allen’s dismissal by getting irrelevant applicants to apply and “choke the hiring process.”

Another resident Totlyn Binns said she believes Allen was doing “a great job of pushing the city agenda” and “positively was prematurely dismissed, but the city will never find a manger like Jonathan Allen.”

Lauderdale Lakes city commissioners voted 3-2 to fire City Manager Jonathan Allen, partly due to disputes between him and the commission over the number of gas stations in the city that Allen approved to boost city revenue.

Commissioner and vice-mayor Beverly Williams hoped the commission would instead hire an experienced employment consultant to find this most suitable candidate willing to collaborate with the commission – all in an “objective and fair” process.

“I’m not experienced in this area,” she told National Weekly. “What I may think I know, I do not know.” Though that initiative falters after the commission rejected the suggestion 3-2, with Commissioners Gloria Lewis, Eileen Rathery and Edwina Coleman voting no.

Incumbent Mayor Barrington Russell terms out in November 2016. Former city commissioner Hazelle Rogers, currently an incumbent representative in the Florida Legislature, who also terms out November, 2016 confirmed to National Weekly she’ll be a candidate next year to succeed Russell as mayor.

Currently, former Development Services Director Dan Holmes is serving as interim city manager, though no reports confirm that he is interested in holding the position for the long term.