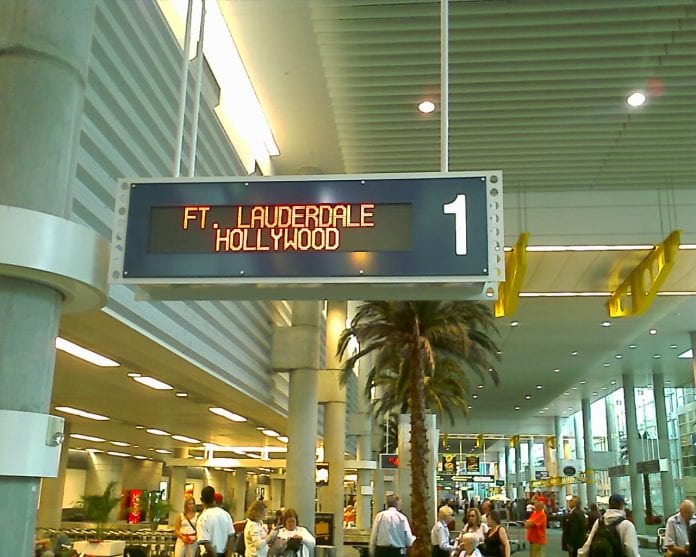 The leaders called for a whole community based approach to emergency preparedness, including ensuring that airline passenger service workers are fully trained.

“South Florida is one of the largest travel hubs in the country, with more than 29 million travelers passing through the Fort Lauderdale airport in 2016 alone,” said Congressman Alcee Hastings. “We have the opportunity to lead the country in putting proactive measures in place to increase security for passengers and the airport workers that serve them.”

A report released by SEIU 32BJ, the union that represents more than 600 FLL airport workers, argues that the lack of emergency preparedness for airline passenger service workers; the decline of wages and benefits for these employees due to outsourcing; and a “wild west” environment where more than 40 airline contractors at FLL operate without meaningful direct oversight by airport authorities, may have contributed to the chaos before and after the January attack.

“Travelers have the expectation that airlines will keep them safe at every stage of their trip. From the moment they check in to when they land,” said retired  Capt. Fitchpatrick, who conceived and implemented multi-agency safety measures at LAX after 9-11. “Airline passenger service personnel are in constant contact with these travelers. They should be an integral part of any emergency response planning.”

There over 2,000 contracted airport workers providing passenger services for airlines at FLL. These include wheelchair attendants, security officers, cabin cleaners, ramp agents, customer service representatives, and many others. There are currently no requirements for these workers to be trained in emergency response and evacuations.

In interviews conducted by SEIU 32BJ, only 33 percent of passenger service workers reported having received training from their employer about what to do in emergencies. Only 27 percent said they feel adequately prepared to protect themselves during an emergency. Just 27 percent reported having participated in an emergency drill in the past two years.

The SEIU report argues the effects of outsourcing of passenger service jobs in the airline industry have created an environment where contractors trying to cut costs, skimp on training programs, wages and benefits. Low wages have been linked with high employee turnover which can lead to poor performance, especially regarding security.

Contracted airline workers are covered under Broward County’s Living Wage Ordinance, which sets wages at $12.03 an hour with health benefits, and $13.59 without. Advocates say wage rates have not kept up with cost of inflation and many workers are still living in poverty.

“Airport workers are literally on the front lines. They are an integral part of an airport operations, especially during an emergency,” said Broward County Vice Mayor Beam Furr. “The County has the opportunity and responsibility to ensure workers are fairly compensated for their hard work.” 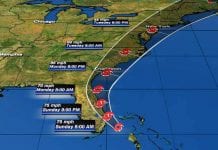