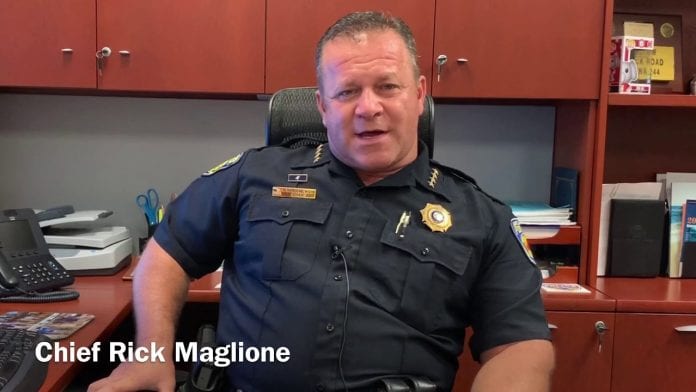 According to multiple reports, the Fort Lauderdale Police Chief Rick Maglione been has removed from his post.

Maglione was elected leader of the department in 2016. However, his dismissal came after the department received criticism for its tactics during racial inequality protests.

A video surfaced online of the officers laughing while shooting rubber bullets into a crowd of peaceful protestors.

The officers’ careless use of rubber bullets injured many innocent bystanders, including LaToya Ratlieff, who endured eye damage and other critical injuries that required 20 stitches.

Officers also used excessive force at the protests. According to ABC News, a white officer was recently charged with misdemeanor battery for ramming a Black kneeling protestor to the ground.

Although city manager Chris Lagerbloom said the decision wasn’t based on any single event or “pivotal moment,” his decision came after the backlash.

” To the public, you deserve a world-class police department. There are so many examples that exist of the great work our police department does in the community,” Lagerbloom said in a recent Youtube video.

Maglione’s replacement is assistant chief Karen Dietrich, who will now be taking the role of an interim chief. Sousa said the former police chief will remain with the department, but his new role has yet to be determined.