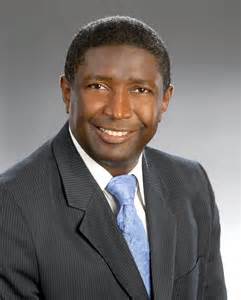 On National Equal Pay Day, March 24, US President Joe Biden said his administration is committed to closing the pay gap between men and women.

Equal Pay Day is commemorated in the U.S. on a different date every year. It marks how many more days the average American woman must work in order to earn what the average man made in the previous year.

During an event at the White House, which featured members of the U.S. national women’s soccer team, President Biden said he wants to make equal pay a reality for all women.

According to data from the National Women’s Law Center, white women in America working full time are paid 82 cents for every dollar paid to men. The pay gap is much larger for Black women, who earn 63 cents on the dollar, and Latina women, who earn 55 cents.

The wider pay gap for minority women was raised by Jamaican-born Commissioner Dale Holness during a recent Broward County Commission meeting. Holness says there need to be different solutions geared at closing the pay gap for Black and Latina women.

“.. In the U.S., women, in general, will achieve equity with males in 2059. However, Black women will have to wait until 2133 and Latino women will have to wait until 2220. Is there any consideration given to what we ought to be doing to change these dynamics so we can get to equity for women, and for minority women sooner than that?”, Holness asked.

The Commissioner was making reference to an equal pay report that was presented to the commissioners during the meeting.

“We need to break down the gaps as it pertains to Black women and Latino women. The solution won’t be the same for white women, Latino women, and Black women because the gaps are hugely different. If we’re gonna look to solve this problem, then we need to have that differentiation,” he added.

His comments were also echoed by Senator Nan Rich, who said that the pay gap, and especially the gap between white women and minority women “is something that definitely needs to be focused on going forward.”

For his part, President Biden has urged congress to pass the Paycheck Fairness Act, which aims to hold companies accountable for pay disparities.