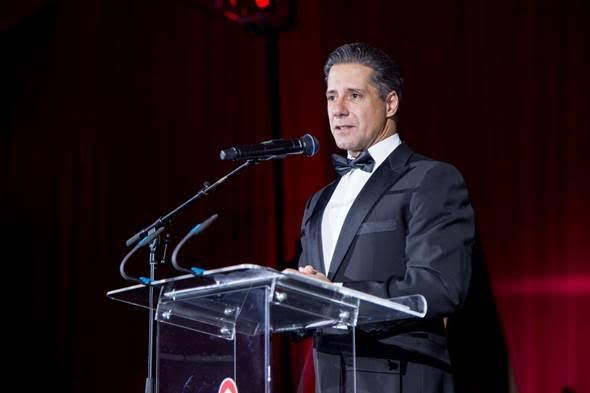 On Saturday, October 28th, at its 2017 Illuminations Gala, the Chapman Partnership presented Superintendent of Schools Alberto M. Carvalho with the prestigious Alvah H. Chapman Jr. Humanitarian Award. The award is given to an individual or organization that follows the moral and civic examples of Alvah H. Chapman, Jr. in serving the homeless.

Commitment and passion to the homeless

“Receiving the prestigious Alvah H. Chapman Jr. Humanitarian Award is a great and humbling honor,” said Carvalho. “I believe in the potential of all children. At Miami-Dade County Public Schools, we work tirelessly to encourage students, particularly those most vulnerable, to dream big, embrace innovation, and set high goals. Providing support and resources to children and families who are displaced through initiatives such as Project UP-START is not uncommon to the work we do; it is part of our mission to place every child on a path to personal and academic success.”

Alvah Herman Chapman Jr. who died in 2008) was an American newspaper publisher who served at the helm of The Miami Herald and as chairman of the Knight Ridder newspaper division.

Chapman was active in philanthropic and civic efforts in Miami and throughout South Florida. He was involved in an effort to rebuild portions of Homestead, Florida and Southern Miami-Dade County that had been severely damaged during 1992’s Hurricane Andrew and was part of a $2 billion Downtown Miami renewal project. He was the founder of Community Partnership for Homeless, an organization designed to help Miami’s homeless get off the streets and return to self-sufficiency.