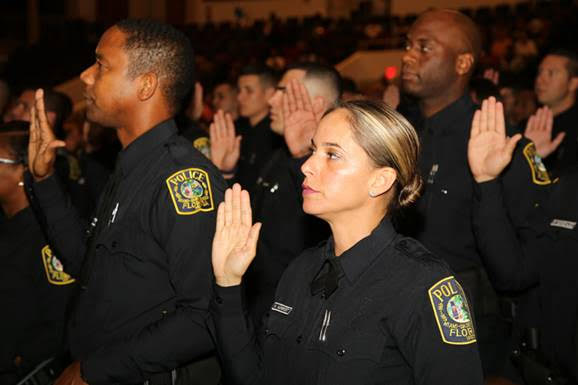 Among the new officers are six former teachers, a former school security monitor, three former members of the military, and an officer who spent 30 years with the Homestead Police Department. The officers are joining the largest school district police force in the nation, which is now up to 460.

Since the Florida Legislature passed SB 7026 also known as the “Marjory Stoneman Douglas High School Public Safety Act,” the District has hired more than 250 officers. There are more than 90 police recruits presently in the police academy.