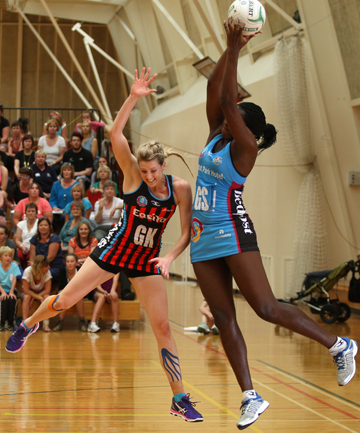 Jamaica’s goal shooter Jhanielle Fowler-Reid was among several members of the ANZ Premiership league leading Ascot Park Hotel Southern Steel who suffered minor injuries when their team bus was involved in a crash in New Zealand on Monday.

The bus ended on its side near the intersection of Memorial Ave and Clyde Road in Riccarton after colliding with a car.

Fowler along with center-court player Shannon Francois were released from hospital later in the day.

The Steel however, will have to find replacements for four players for their game against the bottom-placed Mainland Tactix Wednesday.

Among them are shooter Te Paea Selby-Rickit, who suffered a rib injury and was released Tuesday night, while Captain Wendy Frew was admitted overnight. She underwent surgery to repair injuries to her elbow and leg and was expected to be discharged later Tuesday (New Zealand time).

“No decisions have been made regarding player availability for future games and won’t be until we are further through the recovery process,” she said.

On Sunday, Fowler-Reid shot 91 per cent from the field, scoring 60 or her 66 shots as the unbeaten Southern Steel defeated WBOP Magic 78-59.