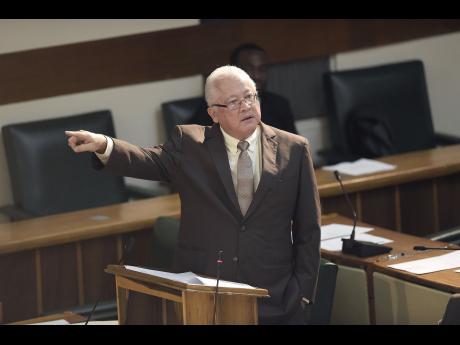 The Jamaican House of Representatives on Wednesday night passed the special crime zones Bill after both Government and Opposition Members of Parliament (MP) reached an understanding after 18 amendments.

The lawmakers found common ground on a number of the disputed issues after a debate in which Prime Minister Andrew Holness and Opposition Leader Dr Peter Phillips put forward very strong views on their positions.

The debate followed the tabling of two separate reports, which presented conflicting positions, from a joint select committee of Parliament which met earlier this week to review the Bill, officially titled The Law Reform (Zones of Special Operations) (Special Security and Community Development Measures) Act, 2017, often referred to as the special crime zones Bill.

The main report, signed by members of the Government but which was delayed Tuesday after Opposition MPs claimed that they had not read it, was eventually tabled yesterday by Minister of Justice Delroy Chuck.

The minority report tabled by Opposition MPs insisted on a number of changes, primarily that the prime minister should have no role in deciding where to create the zones for special intervention by the security forces. They also called for a rights tribunal of three justices to protect the rights of persons affected by the intervention; and for the input of the Jamaica Defence Force (JDF) to remain as it is currently.

However, from the opening of the debate by the Minister of Justice it was obvious that both sides were drawing closer to a settlement than originally expected which would result in bipartisan support for the provisions as they were stated after the amendments.