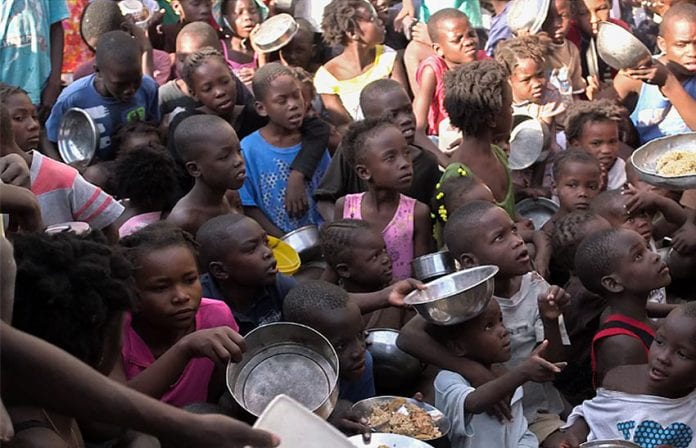 PORT AU PRINCE, Haiti (CMC) — The Global Hunger Index (GHI) has ranked Haiti 111th out of 117 countries — an indication of an alarming level of hunger across the French-speaking Caribbean Community (Caricom) country.

In it’s latest report, GHI — revealed that Haiti suffers from an alarming level of hunger with a score of 34.7, down eight points, compared to the year 2000 when the score was 42.7.

The index says the score is due to its rate of undernourishment at 49.3 per cent when compared to against 57.1 per cent in 2000 – a revelation that about half of the Haitian population is not able to regularly meet basic calorie needs.

According to GHI, Haiti’s score in 2019, is in the upper part of the “serious category” and is the worst performance in the entire American continent.

GHI has attributed Haiti’s high poverty rate, low agricultural productivity, high level of environmental degradation, among other things — which contribute to food insecurity in the country.

In making recommendations, GHI says that Haiti and the international community “must increase resources and interventions to focus on the persistent gaps linked to children’s food and nutrition, while tackling the problems of wider societies that currently limit the food and nutrition security of the population as a whole.”

The index listed countries that worse off than Haiti as being on the African continent and suffer from alarming hunger levels — they are the Central African Republic —that tops the list, followed by Yemen, Chad, Madagascar and Zambia.

Countries in the Americas that have been classified in the “low hunger level” category include Cuba, Jamaica and the Dominican Republic.