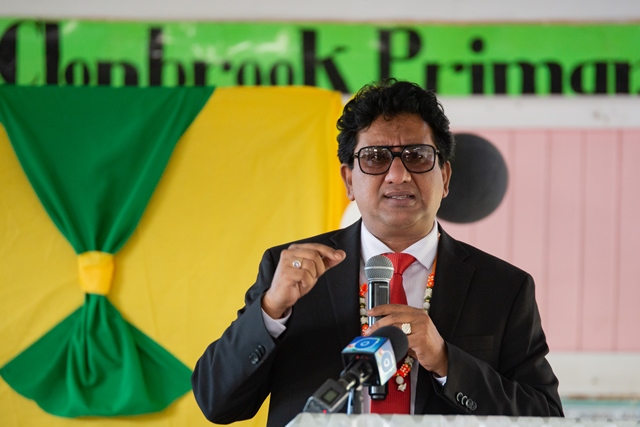 Guyana’s Parliament has approved legislation providing for greater protection of children, with the government also indicating that it is drafting laws to counter people smuggling.

Attorney General Anil Nandlall made this announcement on Tuesday as he stood to debate the Adoption of Children (Amendment) Bill. He told the House that once finalised, the new Bill will contain clauses that specifically address the protection of children.

“We have a new trafficking Bill that will be brought to the Parliament that has in it several provisions that will go hand-in-hand with the provisions here against transnational smuggling,” Nandlall said, as he defended the proposed Adoption of Children (Amendment) Bill.

The amendments, piloted by Minister Human Services and Social Security Dr. Vindhya Persaud, seek to bring the Adoption of Children Act in conformity with The Hague Convention on the Protection of Children and Co-operation in Respect of Inter-Country Adoption.

The Convention is an international agreement to safeguard children who are being adopted by persons outside of their country of residence.

With the new amendments, the Hague Convention would have the force of law to operate within Guyana.

Minister Persaud, said the bill will allow for the establishment of common practice, and procedures that will harmonise the regime which governs adoption. The Bill also provides further safeguards for information on adoptions and the provision of a thorough evaluation of prospective adoptive parents.

Parliament was informed that between 2013 to 2020, an estimated 247 children were adopted by non-Guyanese applicants.