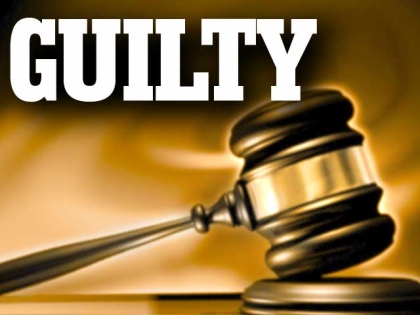 Former police prosecutor Harry Ramlochan, who raped a 17-year-old child at the San Fernando police station when she went there to make a report, has been sentenced to 17 years in prison with hard labor.

Then acting Sgt Harry Ramlochan was 50 years at the time he raped the girl. He is now 65 years old.

The sentence was handed down by justice Althea Alexis-Windsor in the San Fernando Second Criminal Court.

After spending an hour and a half in the jury room, jurors found Ramlochan guilty on the charge of rape. The trial had lasted almost a month before justice Althea Alexis-Windsor in the San Fernando Second Criminal Court.

The jury heard from the victim and the accused during the proceedings.

The victim testified that on Saturday May 5, 2001 she went with her mother to the San Fernando police station to make a report that her mother had been beaten that morning.

Ramlochan took the mother inside to make the report and then said he wanted to take a statement from her daughter. Her mother advised her to go with him.

In her evidence the victim said that Ramlochan took her to a dormitory where he asked her if she had ever had sex. She told him she was waiting until marriage.

While speaking to her an officer came into the room and left. Ramlochan then tried to hug and kiss the girl and she pulled away.

He took victim by taxi to get change for $100 at upper High Street, San Fernando and returned and bought her a soft drink. The victim said he offered her a drink of rum but she refused. She also refused the money Ramlochan offered her when he took her to the Courts and Process Office.

He told her that should she tell anyone both of them will get in trouble. He then dropped the victim and her mother home and spoke to her father at a bar. The victim spoke to her teachers the following Monday and the next Wednesday she and her father made a report to the Police Complaints Authority (PCA).