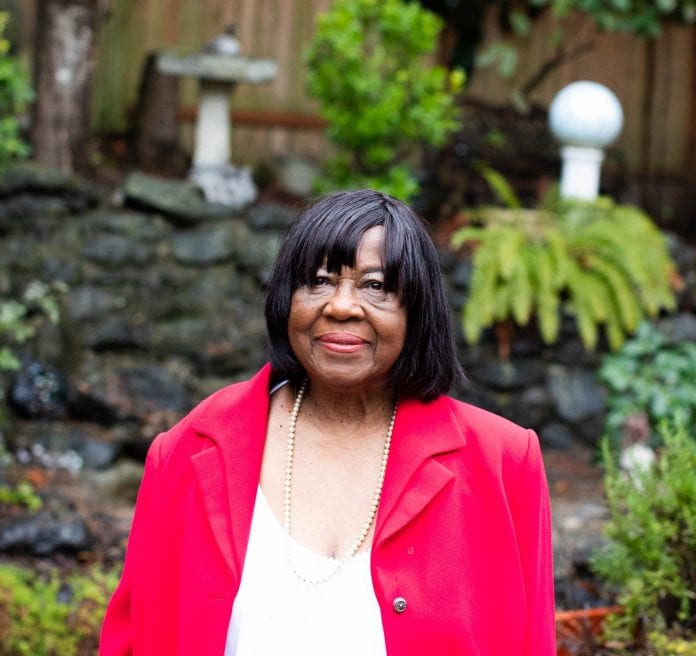 In remarks celebrating the life of Jamaica’s former Honorary Consul for Seattle Washington USA, Ambassador of Jamaica Audrey P. Marks hailed the late Enid Dwyer for her selfless service and devotion to the Jamaican community.

“She will long be remembered for her selfless service and devotion to the Jamaican community, going beyond the call of duty to serve as patient advocate, court translator, advisor and confidante to those in need of her help and expertise,” Ambassador Marks said of Mrs. Dwyer.

“As the face of Jamaica in the State of Washington and the Pacific Northwest, Mrs. Dwyer served the Jamaican community with distinction for more than two decades, representing their interests and needs in various spheres.”

The Ambassador went on to note how, even after formally indicating her intention to relinquish her duties as Honorary Consul in 2013, Mrs. Dwyer continued to serve in that capacity several years later.  “I recall with fondness the pivotal role she played in ensuring the success of my working visit to Seattle in 2019.”

“I had the distinct pleasure of presenting her with the Badge of Honour for Meritorious Service, on behalf of the Government of Jamaica. Even up to her final days, she remained keenly interested in developments in Jamaica. Minister Horace Chang and I were surprised and very pleased to see her in attendance at our virtual Diaspora townhall – Let’s Connect with Ambassador Marks – a few weeks ago… to the very end she stayed connected,” Ambassador Marks continued.

“On behalf the Government and People of Jamaica, I convey heartfelt condolences to the family, friends and loved ones of Mrs. Dwyer. Her passing has left a void in the Jamaican community in Seattle which will be very difficult to fill”.

Mrs. Dwyer was also remembered for the attention she devoted to strengthening relations between Jamaica and Seattle.

Among her long list of accomplishments, Enid Dwyer pioneered the non-profit Friends of Jamaica in Seattle (FOJS), a non-political organisation formed in 1977 to promote understanding and appreciation of Jamaican culture and heritage; advance education in Jamaica; and to deliver emergency and compassionate assistance to Jamaicans and individuals of Jamaican heritage.

She was also involved in establishing the non-profit Dream Jamaica, whose mission is to provide meaningful mentoring relationships, along with educational and professional opportunities that inspire and empower young people to pursue their dreams and positively impact their communities. Dream Jamaica has helped hundreds of Jamaican high school students in Jamaica to identify their talents and leverage them for personal and professional growth.

Among other awards, she received the Prime Minister’s Medal of Appreciation for Service to Jamaica in 2014; and the 2011 Governor General’s Jamaica Diaspora Award of Excellence for the United States.