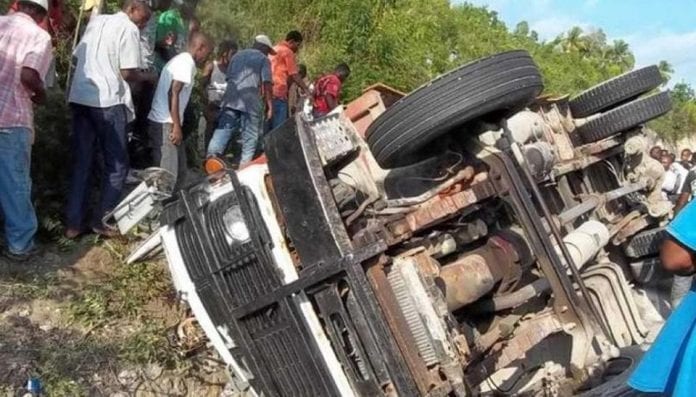 At least 11 people were killed and several others injured following a vehicular accident in the south of the country on the weekend.

The Directorate of Civil Protection (DPC) said the accident occurred in the department of Cavaillon, killing 11 and injuring 15.

The DPC said that exact circumstances of the accident are unknown .

And the police also reported that on Saturday night, three boys aged between 12 and 14 were killed after they were struck by lightning while playing football. Four others were also wounded.

“The injured were taken care by the health center nearby and one of them had to be transferred to the University Hospital of Mirebalais,” the authorities added.