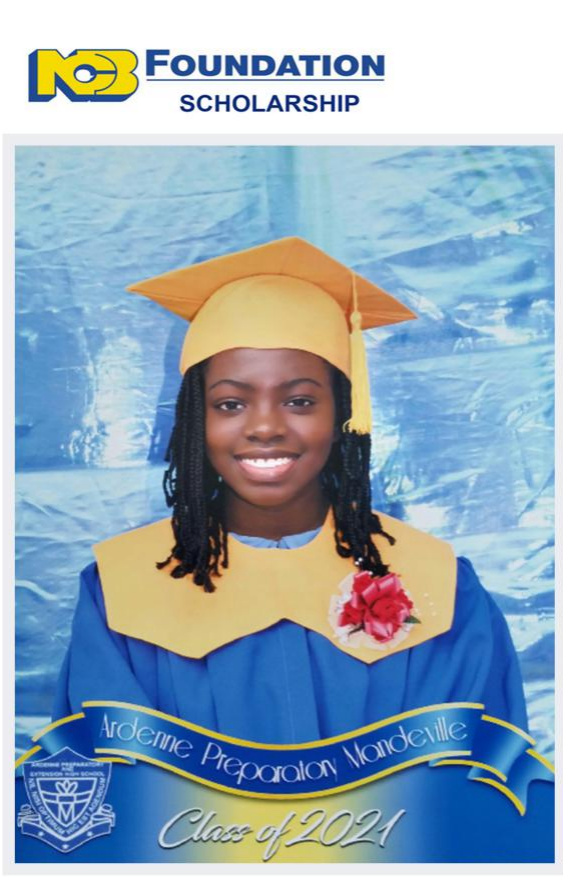 The genius 11-year-old has been blazing a trail of Academic Excellence, Outstanding Leadership and Athletic Prowess spanning from Kindergarten/ Preparatory School, where she has consistently maintained a straight “A” profile which has earned her numerous awards such as the Outstanding Academic Awards and has been the recipient of the Outstanding Student Award Badges.

Her outstanding academic performance continually placed her on the coveted Principal’s Honour Roll and Distinction Club and has landed her with the prestigious Elsie Barnett Smith Memorial Scholarship for the Academic year (2018 – 2019) granted by the Ardenne Preparatory School, Mandeville.

She also did exceptionally well in the PEP Examination being highly proficient and gaining Mastery in all subject areas, obtaining a 98% in Ability Test.

Tonya-Lee is an avid reader and excellent writer as lauded by all her teachers. She has already written her first book, titled “Lost in Whitney’s Forest”.

During her tenure at Preparatory School, she showed continuous growth, excelling academically and developing emotionally, socially and psychologically. Tonya-Lee is also actively involved in the school’s co-curricular activities including the Brownies Club, Gymnastics Team, Creative Writing Club, Music, Dance, Speech & Drama and is an ardent member of the Track & Field Team.

The star-students has shown remarkable qualities in volunteerism where she was a nominee for the RJR Honour Award and also the Jamaica Diaspora Task Action Network for community involvement.  She also assists in the feeding program for the elderly within the wider community.  She said that aspires to become a Medical Doctor or a Paediatrician.