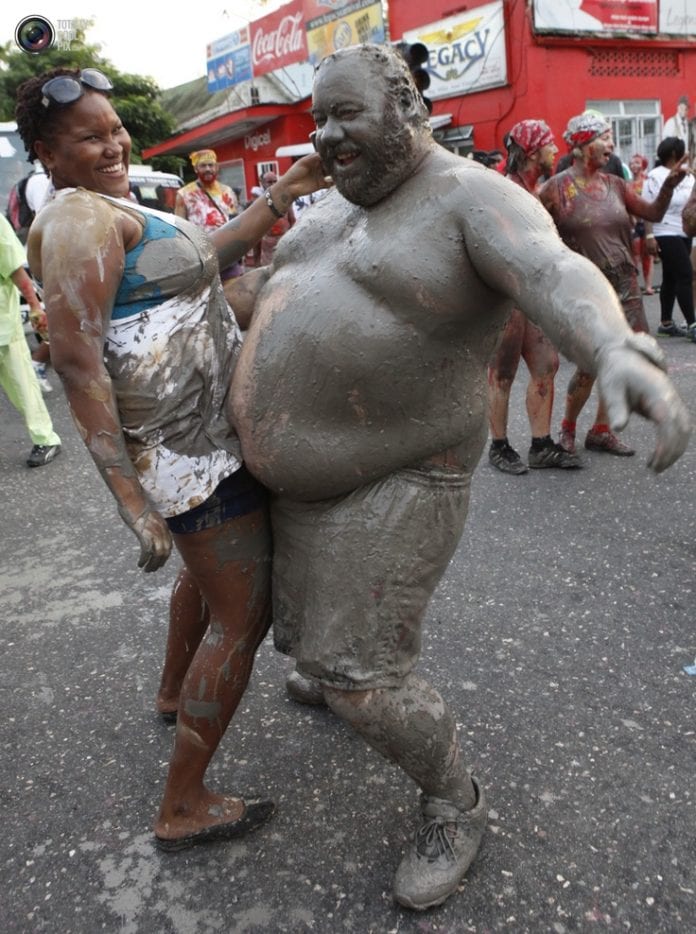 Police officers in Trinidad were beaten senseless during the recently concluded Carnival celebrations in Trinidad and Tobago.

One cop was bitten, and another beaten, during an attack by a mob in La Brea on Monday. The two constables were rescued by other cops and taken for medical treatment at the Point Fortin Area Hospital.

The cops were injured after they responded to a report of a violence near Pt D’or. When the cops arrived in a marked Nissan Xtrail. They were immediately attacked. The frothing crowd smashed the back windscreen.

All hell broke loose when the cops alighted from the service vehicle, according to a report in the Trinidad Express.

One was reportedly bitten multiple times on his shoulder and hand, while his colleague was beaten with a length of wood. Several people were detained in connection with the incident.

The assault agiants lawmen continued in Tobago on the same day when a police officer was knocked unconscious by a group of men when he tried detaining an unruly member of the public. A photograph of the cops lying dazed on the ground has gone viral on social media.

One of the men suspected to have been involved in the assault  of the cop being was nabbed by police officers who chased his vehicle which ended up crashing into the sea.

The assaults drew of the ire of Assistant Commissioner of Police Operations in Trinidad ands Tobago, Deodath Dulalchan. Dulalchan warned that assaults against members of the police force would not be tolerated and that those found culpable would be dealt with harshly