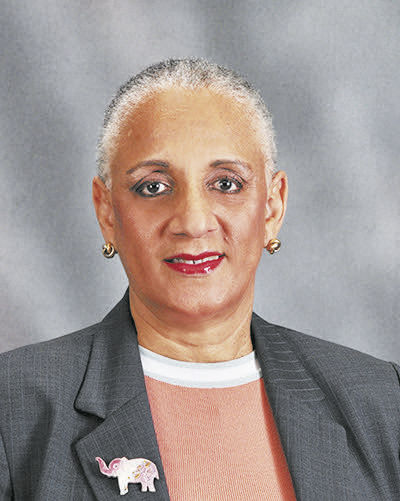 Cheryl Wynter, Community Liaison Officer at the Consulate General of Jamaica, Miami is among the 144 recipients to be honored by the Jamaican Government in October.

She will be bestowed with the Badge of Honour (BH) for sterling contribution to the Government and to the Diaspora at the formal ceremony on National Heroes Day.

For several years Ms. Wynter has served as Communications and Community Relations executive at the Consulate General of Jamaica, and previously at the Jamaica Information Service (JIS), Miami location.

Since 1999, she has been serving as a critical member of the Consulate General’s team, providing exemplary service to the Jamaican-American Diaspora across the Southern USA, primarily to the South Florida region.

Jamaica’s Consul General for Southern USA, Oliver Mair congratulated Wynter on receiving the honor, saying that for years, she has served the community with integrity, discipline and loyalty.

“I concur with many that this is a well-deserved award as she continues to go the extra mile for Jamaica and the community,” he said.

Mair said that Wynter had been an integral part of the Consulate’s effort to assist Jamaicans stuck in the United States when the island’s borders were closed at the start of the COVID pandemic.

Her relentless dedication was the daily task of distributing food, organizing support, and facilitating accommodation for those stranded during the one-month closure.

“Although it was a team effort, we thank her for her willingness to go beyond the extra mile during the time of a major crisis. She sought no public recognition for her efforts, today this is a small gesture of appreciation for her selfless service” Mair expressed.

For her work, Wynter was previously recognized by Official and Community agencies in South Florida, with ‘Cheryl Wynter Day’ proclaimed on September 8, 2011, by the Broward County Commission. She was also honored with the Community Service Award from the Government of Jamaica through its Miami Consulate and also acknowledged by the American Friends of Jamaica (AFJ) for outstanding Diaspora work.

Wynter enjoys professional affiliation as a founding member of the nine-year-old Jamaican Women of Florida (JWOF), and has worked with several community groups in active volunteer work.

A native of Jamaica, she hails from the Parish of Westmoreland.

She is a graduate of the Queens High School, in Kingston, and at the tertiary and graduate studies levels, qualified in the field of Communications at the Florida Atlantic University (FAU), Boca Raton, the Manhattan College, New York, and the International Institute for Training of Journalists, Budapest, Hungary.