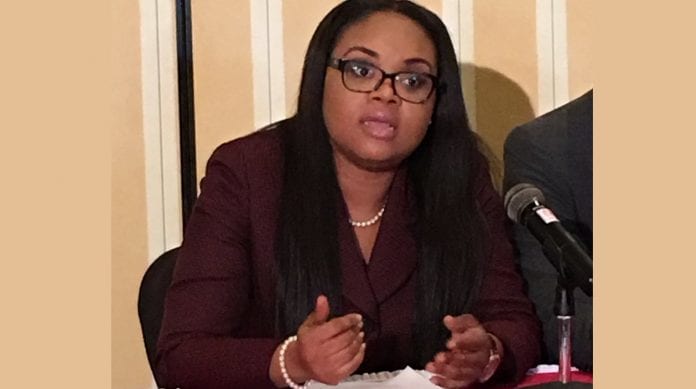 According to a report in the Trinidad and Tobago newspaper, Newsday, Tourism Minister Shamfa Cudjoe, has declared one tourist is more valuable than a barrel of oil.

Speaking at the Stakeholders’ Appreciation Cocktails for the 2017 Stay to Get Away campaign held at the Chaquacabana Resort and Beach Club, Chaguanas recently, she said her ministry is in the process of setting mandatory standards for the sector.

Cudjoe said consultations are being held on a regulator for the tourism sector –­Trinidad and Tobago Tourism Regulatory and Licensing Authority. She said, however, the Tourism Industry Certification program had not lapsed and would continue until the authority comes on board. Cudjoe said the difference is moving from voluntary standards to mandatory standards.

“We cannot for one moment believe in 2017 that we could stand up next to a Barbados or a Bahamas or a Jamaica without having very basic mandatory standards to guide the industry. If we are serious about tourism and growing and having proper quality of our product you would get on board.”

She said there have been stakeholders who have been “very loud and clear” about not wanting a regulatory authority but she said Government is serious about implementing mandatory standards.

“Because there is absolutely no way we are going to continue to call for more marketing, (say) market Trinidad and Tobago and then when the tourists get here what about the quality of our product? That could redound all our marketing efforts to naught. We go out there and say ‘come, it’s nice, it’s perfect’ and when you get here you have problems at certain hotels where I won’t call by name (but) they wouldn’t clean a room for a couple of days.”

Much to be done

She referred to travel site Tripadvisor and the types of comments about this country and said, “We cannot be serious about improving our numbers and our profile and going out and market and there is much to be done.”

Cudjoe said some people were waiting for oil prices to go back up and will do so until they are grey but “we have to play with what in front of us.”

She said tourism can positively impact different sectors and bring in foreign exchange. “One tourist is more valuable than a barrel of oil.”

She explained a tourist has to eat and spend money and is therefore more predictable than a barrel of oil.

Cudjoe said the ministry plans to extend to a bigger market in the Caribbean and will continue regional advertisements and a more aggressive marketing strategy.

She also cautioned new tourism stakeholders they must ensure safety and security, preserve the environment and maintain an international standard.

Read more on Trinidad and Tobago’s Minister of Tourism: https://www.caribbeannationalweekly.com/caribbean-breaking-news-featured/tt-tourism-minister-racks-59000-phone-bill-four-days/