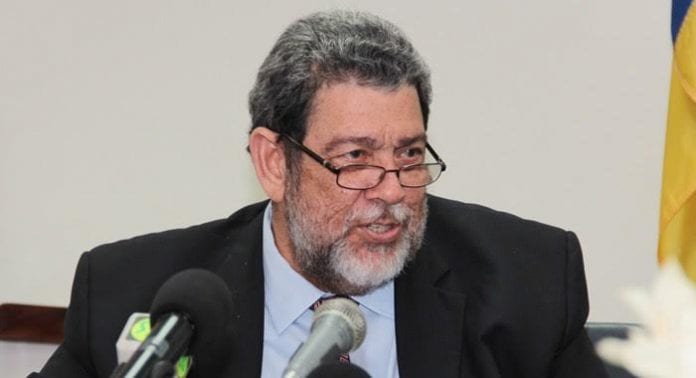 St Vincent and the Grenadines celebrate 38 years of political independence

St Vincent and the Grenadines on Friday celebrated its 38th anniversary of political independence from Britain with the traditional military parade and differing views from the government and the opposition on the progress the country has made.

Prime Minister Dr. Ralph Gonsalves in his Independence Message urged citizens to continue to focus on the inter-woven socio-economic fabric of unity, peace, justice, and prosperity in the quest of the further upliftment of St. Vincent and the Grenadines.

He said the nation is founded on the belief in the supremacy of God and the freedom and dignity of man and woman. He cited that the ideals, and principles, enshrined and elaborated in the Constitution “are the bedrock fundamentals which unite us as a people in a specific landscape and seascape… and through the prism of which we have been shaped over time.

“They are the enduring basics which engender our social solidarity, for good, not ill,” Gonsalves said, noting that “our people’s unity and solidarity are made manifest, formally and practically, in citizenship which is the bond that holds us together, now and forever.

Criticisms by Leader of the Opposition

In his message, Opposition Leader Godwin Friday said independence provided an opportunity to “take stock of where we are and consider where we are going.” He said in recent times, citizens have endured economic hardship, social problems such as increasing violent crime, political strife and moral decline.

“Our people now live in constant fear of violent crime. Despite these serious threats to the existence of peaceful society, no action is taken by those in power to reassure the public. Official platitudes have replaced substance.

“Our decaying physical infrastructure — roads, bridges, schools, public buildings, health facilities, police stations and coast guard facilities– are in plain view for all to judge. Our economy is underperforming. Ill-informed and misguided policies have eroded our economic base and impeded our productive and competitive abilities.”

Friday also said other effects of poor economic policies and management are in plain view of citizens. “The policies include high and ever-increasing taxes, the lowest wages in the OECS; massive unemployment and unconscionably high government debt to the domestic private sector.” According to him, these “ills” have forced business closures and made local building contractors afraid to do business with the government.