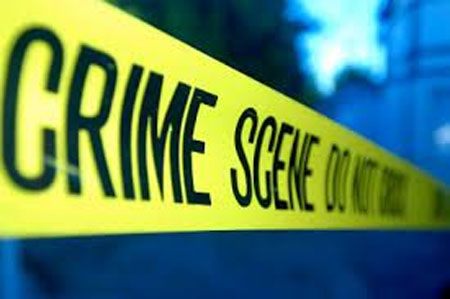 A policeman who was on suspension following a charge of murder, was killed in the central Jamaican parish of St. Catherine, early Tuesday.

Courtney Linton, 35, who was attached to the Counter Terrorism and Organized Crime branch was reportedly killed by a group of men.

The police report that officer Linton, was playing a sound system at a party in the community of Ewarton in the parish when the men stopped at the party, pulled guns and opened fire. Linton  was shot in the head and died on the scene.

A 21 year-old man who was also shot in the incident, is being treated at hospital.

The police reports say Linton was scheduled to return to court next month in relation to his murder charge. His murder comes just days after another cop was fatally shot in the parish of Manchester.

Meanwhile, Commissioner of Police George Quallo has again expressed sadness at the killing of another policeman, the second policeman killed in a five-day period.

“On behalf of the Jamaica Constabulary Force, I offer condolences to his family, colleagues and friends. It is never easy to lose a loved one, and there are no words to describe the pain that is felt when hardened criminals snuff out a life without thought,” the commissioner said. “We, the JCF family, share your sorrow and offer you our support in this difficult time,” Quallo added.

Last Friday Corporal Melvin Smith, who was assigned to the Community Safety and Security Branch in Manchester, was fatally shot about 8:00pm on Manchester Road in Mandeville, while assisting a citizen who was being robbed of his motorcycle.

For recent article on this topic, visit the link: Jamaica police launch manhunt for cop killer