T and T Prime Minister Rowley says no to IMF 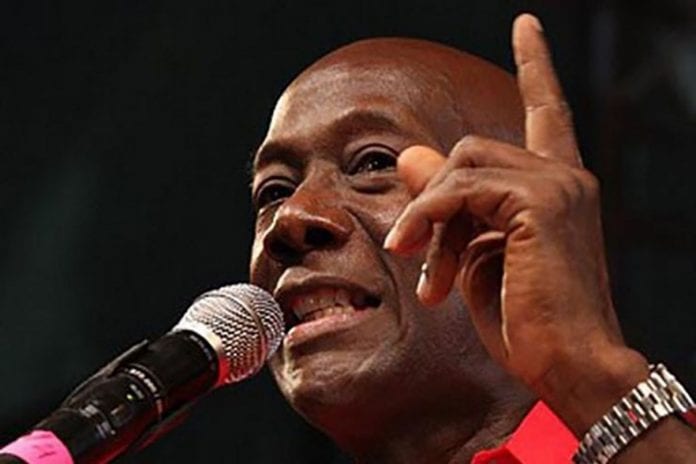 Trinidad and Tobago’s Prime Minister Dr. Keith Rowley says his administration will not be approaching the International Monetary Fund (IMF), despite billions of dollars in lost revenue over the last few years.

Rowley was addressing the forum “Spotlight on Trinidad and Tobago’s Financial Circumstances – the Road Ahead” in Trinidad  on Thursday.

The Prime Minister also said the country would not be revisiting measures used in the 1990s to control foreign exchange. “We will not be going back to the exchange controls we had in place before 1993 but we will certainly not be using up our foreign exchange reserves at levels that will maximize our imports.

“When we took the decision in 1993 to let the market substantially determine the rate of exchange, we were accepting in principle that we would live with any rate of foreign exchange …… In this period of significant decline in foreign exchange inflows it will be unreasonable and dangerous to use up our foreign exchange as we were accustomed to. This would be paving our way into the arms of the IMF and that is something this government is not prepared to do.”

Concerning the energy sector in the twin island republic, the Prime minister revealed a decline in revenue of 90 percent between 2014 and 2017.

He added that due to the massive drop in revenue, the public sector could suffer the consequences.

“One of the main concerns is the level of public payroll employment…. And since government revenues have declined so precipitously, it is to be expected that public sector employment would be in serious jeopardy. The government has been at pains to keep the level of employment stable, even as we wind down the expenditure highs.”

According to Rowley, the government will be taken steps to tighten its revenue collection mechanism.

“The revenue situation facing us in 2018 remains a very challenging one and the government will be taken steps to ensure that it is tightening its revenue collection mechanisms.

He said faced with a possible deficit in 2018, further cuts in expenditure will be unavoidable and urged the population to be patient.

“As we position ourselves to do more with less in the future, we will have to hold some strain for now,” Rowley said.

The forum was held ahead of the 2017/2018 budget that will be presented by Finance minister Colin Imbert in Parliament on  October 2.