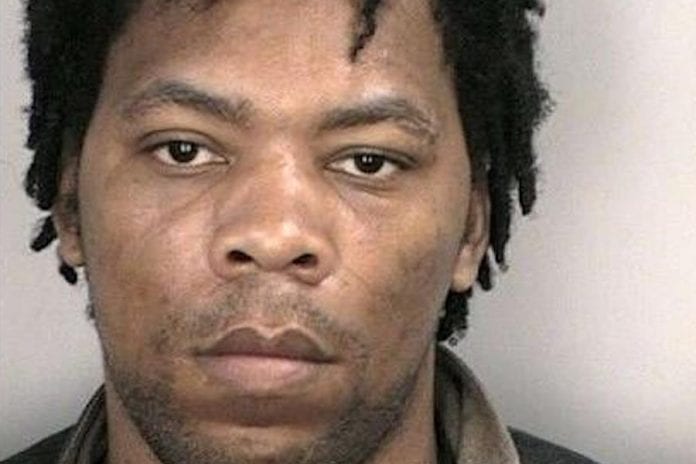 KINGSTON, Jamaica – Tesha Miller, one of Jamaica’s most widely known gang leaders, was sentenced to 38 years and nine months behind bars on January 9, 2020.

Miller, the alleged leader of the infamous Clansman Gang in Spanish Town, was convicted in relation to the 2008 murder of the former chairman of the Jamaica Urban Transit Company (JUTC), Douglas Chambers.

Miller was found guilty on December 3, 2019, by a seven-member jury in the Home Circuit Court.

During the trial, the main witness, a 29-year-old man told the court that he had been affiliated with the Clansman gang from the time he was just 13-years-old. He testified that he decided to co-operate with the prosecution because he had lost 13 members of his family at the hands of the gang over the years, and felt it was time to help put an end to the killings. He is currently serving time in prison for murder, though he entered a plea deal which saw him getting reduced jail time.

The witness identified Miller as the leader of the gang and outlined the hierarchy of the criminal organisation. Miller’s alleged victim was gunned down outside the company’s depot in Spanish Town, St Catherine, on June 27, 2008.

As the witness detailed, Andre ‘Blackman’ Bryan and a man identified only as ‘Brucky’ (now deceased) were ordered to carry out Chambers’ murder. Bryan was charged for the murder but was acquitted in 2016. He and several of his family members, as well as other reputed members of the Clansman gang, are, however, currently before the courts on other gang-related charges.

The fixed sentences were handed down on January 9 by Justice Georgiana Fraser in the Home Circuit Court in downtown Kingston. Justice Fraser, in handing down the sentences, said Miller had not demonstrated the capacity for reform. According to Fraser, such reform must start with an admission of wrongdoing.

At his trial, Miller, in an unsworn statement from the dock, declared his innocence.

While Miller’s legal team, led by attorney Bert Samuels, vowed that they would appeal the conviction, Director of Public Prosecutions (DPP) Paula Llewellyn has vowed that her office will put up a fierce fight when the time comes.

The DPP made the commitment while speaking to journalists after Miller was sentenced. “In the Court of Appeal, which is where we practise every day from the Office of the DPP, we will be ready to beat any arguments from my learned friends as a matter of law in any area,” Llewellyn, QC, said.

Who is Tesha Miller?

Tesha Miller, who said during the trial that he is a welder by profession, has been associated with some of the most heinous gang-related crimes in St. Catherine, Jamaica.

Among locals, the 40-year-old is the known leader of one of Jamaica’s most infamous gangs, known for maintaining their version of “order” in the Spanish Town, an area of St. Catherine often riddled with crime.

If you ask any Jamaican about Tesha Miller and the Clansman Gang, they will tell stories of the gang’s alleged affiliation with the People’s National Party (PNP), the gang’s bloody feud with another Spanish Town gang called “One Order”, their elaborate extortion racket which preyed on local businesses in St Catherine, his local businesses and his heinous treatment of non-paying customers, among other tales.

Miller has long been on the run from the law in Jamaica.

In January 2005, he was freed of the triple murders of Oraine Jackson, Jeffery Johnson and Nicole Allen in Braeton, St Catherine. Months later, in June 2010, Miller, also called ‘Rat’, was acquitted of the 2004 gun murder of John Haughton in the Home Circuit Court because of insufficient evidence.

He was sentenced in the High Court Division of the Gun Court to seven years’ imprisonment for illegal possession of a firearm and 15 years for robbery with aggravation, which led to him filing the appeal.

Miller fled to the United States after he was freed of gun and robbery charges by the Court of Appeal in March 2013. After serving a prison sentence in the United States, Miller was deported to Jamaica in 2016. On his return to Jamaica, he was listed as a “person of interest” by Jamaica’s Counter-Terrorism and Organized Crime Investigation Branch (C-TOC) and was asked to report to the police following a spike in murders in the St Catherine North Division, where the Clansman Gang is actively engaged in criminal activities.

The following year, he reportedly fled to the Bahamas but was held by authorities there for illegal entry and deported back to Jamaica in March 2017.

It wasn’t until October 2018 that he was arrested by police in Jamaica while trying to flee the island. His trial for the murder of Douglas Chambers began in November 2019.