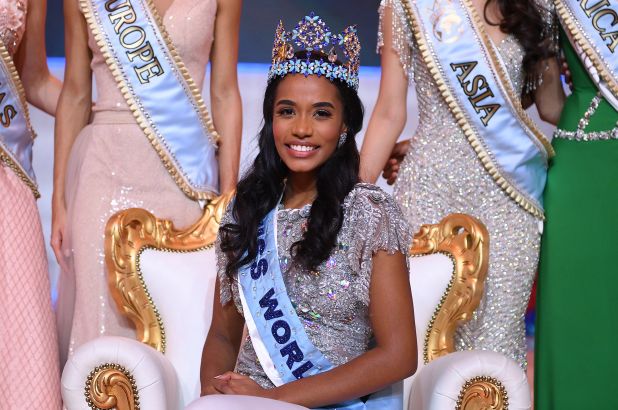 KINGSTON, Jamaica – On the heels of being named one of the Top 20 Destinations for 2020 by Forbes, Jamaica has again outsized itself by copping the Miss World crown for the fourth time.

Miss Toni-Ann Singh was awarded the coveted title over the weekend at ExCeL London, having outshone the first runner-up Ophély Mézino of France and second runner-up Suman Rao of India.

“The Jamaica Tourist Board offers sincere congratulations to Miss Toni-Ann Singh on this tremendous achievement,” said Donovan White, Jamaica’s Director of Tourism. “Jamaica is a land of extraordinary people. The energy of our people is unique and we have an irresistible vibe which is anything but run of the mill. Miss Singh is a true example of Jamaica’s outsized personality on the global stage having won this coveted title through her dancing and singing talent.

“These latest events lend credence to the destination’s claims to be the heartbeat of the world,” White continued. “Considering the size of the island, and the huge influence we have had in areas such as sports, entertainment, science and cuisine, it is no wonder the island is experiencing tremendous growth in tourism.  Miss Singh’s popularity during the pageant is a reflection of that infectious vibe.”

Miss Singh is a Jamaican-American beauty pageant titleholder who was previously crowned Miss Jamaica World 2019. She secured her place in the top 40 out of more than 100 other hopefuls from around the world by winning the talent competition at the “Beauty with a Purpose” Gala. In addition to dancing to Jamaican singer Koffee’s “Toast,” she also sang Whitney Houston’s “I Have Nothing.”

Miss World is the oldest running international beauty pageant. Along with Miss Universe, Miss International and Miss Earth, Miss World is one of the Big Four international pageant competitions.  Since its launch in 1951, the Miss World organization has raised more than $300 million for children’s charities that help disabled and underprivileged children.