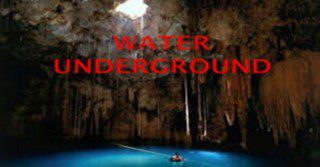 Jamaica will launch its first water resources master plan since 1990 on March 22, to coincide with World Water Day, a senior official of the Water Resources Authority (WRA) has confirmed.

The plan has been developed by the WRA, which has responsibility for managing the country’s water resources, and according to chief hydrologist, Geoffrey Marshall, “we have been working on a master plan for the past few years and now we have managed to complete this draft here, which will be launched next Tuesday.

“The plan should be updated about every five years, and we are going to be planning for this schedule, going forward, as best as possible,” he said.

The plan guides the country’s water resources development activities to meet current and future demands. It also gives an overview of water usage by all users across Jamaica and provides an inventory of surface and groundwater resources.

Preservation of underground water is an important element of the plan and is also the focus of World Water Day, under the theme ‘Groundwater: making the invisible visible.’

“Groundwater is important. Remember that even though it may be out of sight, it is critical that we manage and monitor it,” said Marshall, noting that at least 84 percent of the available water in Jamaica is stored as groundwater.

This announcement comes at a time when several Jamaican communities are still without running water, and those with water in their pipes are bracing for water lock-offs due to an increase in fuel costs. A new round of supply lock-offs could begin as early as Friday as the National Water Commission (NWC) moves to manage rising global energy costs which are being exacerbated by the Russia-Ukraine war.

Describing the oil market as volatile, NWC President Mark Barnett revealed that, on average, energy costs for the public water provider have soared almost 30 percent over a three-month period, overshooting the monthly projection of around $750,000.

Barnett reiterated that the company has tapped renewable-energy solutions, including the start of work on a photovoltaic system at the Forest Hills relift pumping facility that serves Red Hills and its environs.

But it appears that Jamaica has not undertaken any major investments on a broad scale nationally to mitigate its drought period or to curb its dependence on traditional sources of power to provide making this master plan a welcome change for the current water situation in Jamaica.