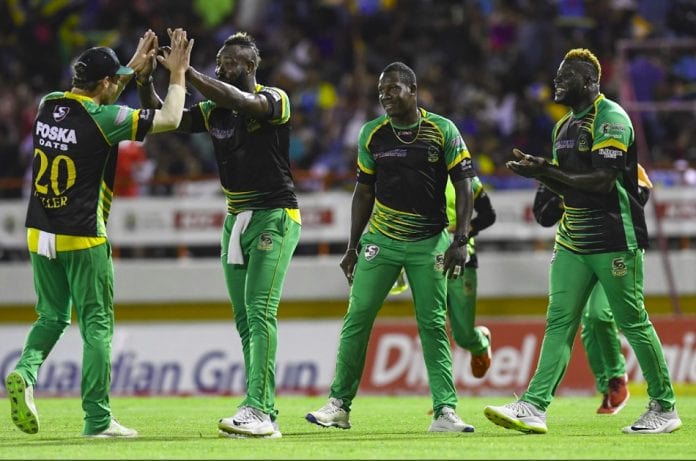 Jamaica Tallawahs ended a three-game losing slide when they disposed of St Lucia Stars by 21 runs in St. Lucia Saturday night, pushing the embattled hosts further into strife and closer to elimination from the Caribbean Premier League.

Rovman Powell’s Man-of-the-Match 64 fired Tallawahs up to 204 for five off their 20 overs at the Darren Sammy Cricket Ground and the target proved beyond the Stars’ capabilities, despite 46 from captain Kieron Pollard and strong support knocks from Trinidadian Lendl Simmons (45) and Australian David Warner (42).

While Tallawahs leapt to the top of the standings on eight points, Stars remained bottom on four points, with just two matches remaining in what has been another wretched campaign comprising just two wins in eight fixtures.

Charles put on 34 off 22 deliveries with Glenn Phillips who made 17 before holing out to long on with seamer Kesrick Williams (3-34) in the fourth over.

And the visitors lost their second in the seventh over when Charles picked out long off with 18-year-old Afghan leg-spinner Qais Ahmad after notching five fours and a six off 26 balls, as his side slipped to 56 for two.

Promoted to number four, Powell made the move count, hammering two fours and five sixes off 37 balls as he added exactly 100 with Lewis, whose 34-ball knock including a four and two sixes.

When Lewis edged Williams behind in the 17th over, it triggered a slump where three wickets – including those of Powell and captain Andre Russell (5) – fell for eight runs in the space of seven balls.

However, South African Miller turned on the style, stroking two fours and three sixes in a 13-ball cameo, as Tallawahs gathered 40 from the last 16 balls of the innings.

Stars were reeling at eight for two in the second over before a series of partnerships threatened to bring them back into the contest.

Warner added 44 for the second wicket with Andre Fletcher (21) before putting on another 45 for the third with Pollard. The left-handed Warner struck five fours and a six off 26 balls before top-edging a catch into the deep off leg-spinner Adam Zampa and Pollard then carried the fight to the Tallawahs, adding 59 for the fifth wicket with Simmons before having his stumps rattled in the 17th over by Russell.

Pollard faced 27 balls and crunched four fours and two sixes but his dismissal saw the innings lose intensity as Simmons was left without valuable support, as he clobbered four fours and three sixes in a 26-ball effort.