Five days before her passing, Karen Smith sent a voice note to friends thanking them for remembering her birthday on September 6th.  “Good afternoon everybody.  This is Karen and I want to thank you so much for all your loving thoughts, kindness, your prayers, oh my.  Thank you for everything.  It is a different way to spend a birthday of course but God is good, God is king, God is faithful.  I am in touch, and I believe that he shall heal.  Lots of love to you and so nice to hear you.”  The message  ended with a kiss.

Such was the character and spirit of one of Jamaica’s finest songbirds.  Karen Smith was a special quality, blessed with a voice that you can’t seem to get enough of.  She was also a philanthropist and fighter for the causes of musicians.

Unfortunately, she lost her fight with colon cancer five days after her 61st birthday, on September 11th.   She has left behind thousands of aching hearts but treasured memories as well.

Karen Smith was an extraordinary talent with a voice as sweet as the Jamaican Hummingbird.  Whether she spoke or sang the words, the effervescent vibes she doled out was bound to lift your spirit.  Filled with compassion, generosity and a heart overflowing with selflessness, this singing wonder woman brought sweet melodies to our ears and happiness to our hearts.  She was respected, admired and loved, not only because of her singing prowess but also because of the affable package her presence exudes

The daughter of school principal, Karen is a past student of St Hugh’s High School and earned a business degree from Concordia University in Montreal, Canada.   She started her working life in banking before following her passion and talent full time in 1986.

A Creature of Light and Love

Jeffrey Cobham, Former managing director of National Commercial Bank was manager for the St. James Street branch where Smith started her banking experience.  He described Karen as  “a creature of Light and Love.”  In a conversation with the singer in the early days before she embarked on her destiny, Cobham remembered his advice to the talented singer and young banker: “She talked to me about her choices. I told her that I had no doubt that she would rise in the banking profession because she was intelligent and a quick learner, but that those qualities would serve her as well in the world of entertainment. The question was though, would she in twenty years, while, like thousands of other bankers, she was wading through yet another set of bank loan statistics, sigh to herself, and wondered if she could have given the world something unique. I think she made the right choice,” he noted.

Epitome of grace and Leadership

Jamaica’s tourism industry was a huge recipient of Karen’s incredible singing skills, as she performed as a cabaret singer in the resort areas.  Tourism minister Edmund Bartlett said, “The entire tourism sector mourns the passing of Karen Smith, who brought a wonderful spark and professionalism to her performances.”

“I am truly proud to have been a friend of Karen, she certainly was the epitome of grace, charm and creativity. Her songs have not only charmed so many of us but have created a sense of solace to so many persons in various circumstances. She will also be remembered for the excellent leadership she provided to the music fraternity.  I offer my sincere condolences to her family, friends and colleagues” he said.

Director of Tourism, Donovan White, said Karen was synonymous with entertainment in tourism and was a go to performer for many events in the sector. “You knew that once Karen was booked, the performance would be seamless and engaging.”

For her contribution to Jamaica’s music industry, she was awarded the Order of Distinction at the rank of Officer Class, by the Jamaican government.  She was also the recipient of nine Jamaican Music Industry Awards.  She and her husband Jackie Jackson who is a base guitarist, were inducted in the Ocho Rios Jazz Festival Hall of Fame in 2001.

She paraded her talent all over the world because she was sought after.  Jamaican alumni associations in Jamaica and the diaspora benefited tremendously from her skills.  She lent her voice to numerous charities and collaborated with many top performers, both local and international during her amazing stint on earth.

She performed as the opening act for Natalie Cole, Smokey Robinson, Harry Belafonte, Seal, James Ingram, Ray Charles, and Air Supply. And in 1990 when the Rio Hotel in Las Vegas opened, she was the first featured act.   Karen recorded three albums.  “Reflections of Love” came out in 2003 and had a mixture of Reggae, Hip Hop, and R&B.  “I Still Love You” was released in 2012 and “Rush” entered the market in 2017.  In her later years Karen teamed up with Gem Myers and Patricia Edwards to form the group PaKaGe.  They performed widely in Jamaica and overseas.

While the passing of Karen will leave a void in Jamaica’s entertainment industry, a massive hole will be left in the hearts of her dear friends.  People close to her see more than her talent on display. 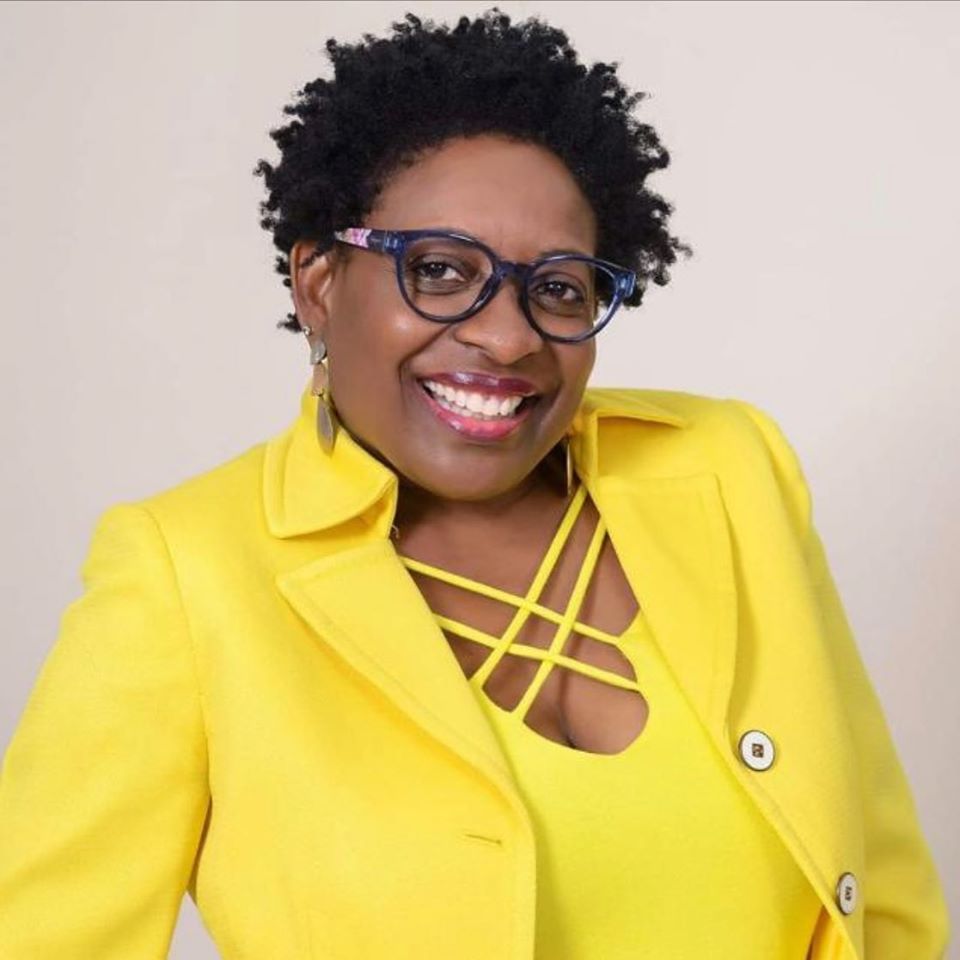 Close friend, Janet Silvera, president of the Montego Bay Chamber of Commerce, spoke about Karen’s positivity, influence and fighting spirit:  “Over the years that I have known Karen I have never heard her say anything negative about anyone. She was willing to oppose injustices and fight for the rights of music fraternity.   She was really a very positive influence, who loved unconditionally and found it difficult to say no, particularly, if a performance she agreed to do complimentary was helping those in need.”

Silvera who either benefitted from being either in the audience or as an event promoter, loves the energy from the songbird. “There was a vibrancy, an energy and unparalleled talent that Karen was blessed with. When she entertained an audience the entire venue/room became part of the act. Karen’s heart was as soulful as the songs she sung. For me, she was an earthly angel who had a purpose. She fulfilled that purpose and is gone to another realm. Those of us who experienced the true Karen Smith consider ourselves extremely fortunate. I am richer for knowing her.

Steve Higgins, a renown Jamaica singer and friend was full of praise for Karen’s talent and character.  “Karen Smith’s angelic voice gave us all a glimpse of her effervescent, refreshing spirit and her beautiful soul. She epitomized sweetness with unrestrained love and enthusiastic excitement in all she did. 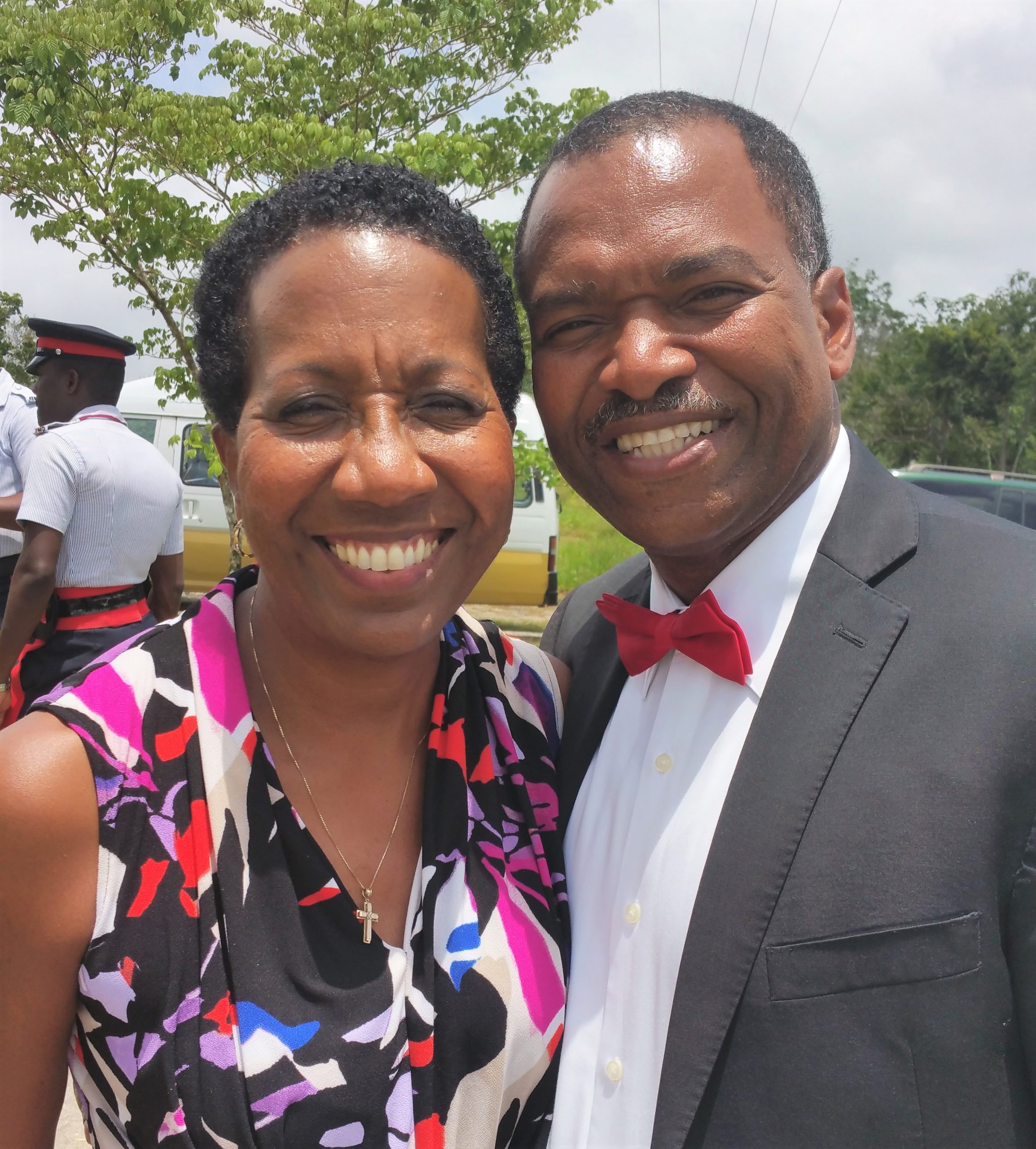 On stage, she sang with boundless energy, especially when we sang the duet “Endless Love”, placing a gentle smile on everyone’s heart and a lively rhythm in their being!  Off stage, she was an advocate for many causes, which she championed with much vigor & appropriate dose of pure charm. Karen Smith was always totally devoted to her family and her craft. She was the ultimate professional and a selfless human being. It was always a pleasure to sing with her, chat with her or just be silly with her. She met every occasion with the right dose of reality, passion, and love. It was an absolute delight having her sing with Steve Higgins Productions and we shall miss her enormously.”

Leighton McKnight, another close friend of Karen and her family, took it very hard.  “She is famous for her superbly melodious voice that made her one of the best ever cabaret singer produced by Jamaica. Beyond that though, she was easily one of the sweetest and most personable individuals that I have ever met. She has never failed to radiate positivity in all my encounters with her, a trait which she admirably continuously demonstrated even during her devastating illness.

I will never forget just a month ago when she called to wish me happy birthday, didn’t get me and left a voice note with a sweet rendition happy birthday to me. I returned her call to say thanks and then she and her daughter Courtni did an even better performance live on the phone, you can’t imagine how uplifting that was, I really felt special.”

Karen’s life touched the lives of every socio-economic group in Jamaica’s society.  Prime Minister Andrew Holness said he was “deeply saddened by her passing.   Affectionately known as “the songbird of Jamaica,” Karen Smith was highly regarded as one of Jamaica’s most gifted cabaret performers.  I enjoyed her spirit and warmth, not to mention her tremendous talent. It was always a pleasure to interact with her; she truly captured the essence of what it means to light up a room.”

Former Prime Minister of Jamaica, PJ Patterson said Karen was “a star [and her] unique style fueled a meteoric rise to the zenith of her chosen field.”  The former prime minister was a frequent recipient of Karen’s singing skills.  When a highway was being named for the former leader, it was Karen who serenaded him.  And in 2019 when he launched his book, “My Political Journey” in Miramar, Florida, Karen was also there to provide entertainment.

Jamaica’s Entertainment Minister, Olivia Grange said Smith was: “one of the queens of stage performance.  Whether she was performing at national or international events or in little country churches, she was always engaging, entertaining and charming.”  The minister added that “Karen has left an indelible imprint on the culture, arts and entertainment landscape of Jamaica.  She was an active contributor to the cause of industry development. We will always remember Karen’s legendary voice, engaging personality, enduring warmth and her advocacy.”

She continued, “I am deeply saddened by the news.  A voice that reverberated among the cultural and entertainment icons is now muted and the silence echoes with her amazing personality, grace and love for her people.   I offer sincerest condolences to her husband Jackie Jackson, daughter Courtni, mother Barbara, and other relatives and friends.  Jamaica’s quintessential songbird now sings in the choirs of New Jerusalem.”

Karen is survived by her mother, Barbara Smith, Husband Jackie and daughter Courtni.  Her body may no longer be with us, but her endearing spirit and unforgettable performances will live forever.  So long songbird.