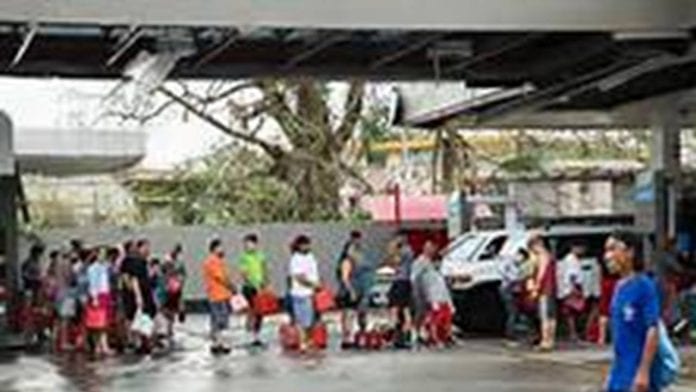 For those who have experienced a hurricane or some other natural disaster they know the aftermath is often much worse.  This is certainly the situation residents of Puerto Rico and Dominica are experiencing from recent Hurricanes Irma and Maria.

The situation in Puerto Rico is particularly unfortunate as it was impacted by both. Irma brushed the northern coast of the island on September 6 on its approach to Florida. Then Maria, a Category 4 storm, made a direct hit on September 20 with150 mph winds. The result: the entire island is a disaster zone.

On September18, Hurricane Maria, then a Category 5 storm. With winds over 160 mph, passed directly through Dominica and also left that island in catastrophe.

Hurricane Irma destroyed the small Caribbean island of Barbuda, resulting in the entire evacuation of residents to sister island Antigua. The British and US Virgin Islands and the Turks and Caicos Islands, also experienced significant damage.

However, the damage in other islands, with the exception of Barbuda, pales compared to the devastation experienced in Puerto Rico and Dominica.

Residents in Puerto Rico and Dominica critically need the help of the Caribbean Diaspora.

This is a United States territory where the 3.4 million residents are US citizens. It is severely affected by the lack of electrical power.

As of September 26, 16 persons had been killed as a result of Hurricane Maria. Essential services, like hospitals, are being powered by gas-fueled generators, amidst difficulties accessing fuel. Without electricity, water pumps are deactivated and people have no water to drink, cook, bathe or flush toilets.

“Make no mistake, this is a humanitarian disaster involving 3.4 million US citizens,” Puerto Rico Governor Ricardo Rosselló said on Monday.

AIR Worldwide, a catastrophe risk consultancy, estimates Hurricane Maria created $85 billion in insurance claims throughout the Caribbean, with 85 percent of those losses occurring in Puerto Rico.

Most homes lost roofs and are flooded, but even for those living in undamaged homes life is, and will be, tough for the next several months without electricity.

The government estimates it could be as long as six months before power is restored on the island. While generators will help to bring lights to homes and businesses, most generators do not power air-condition units. Neither will generators power electric pumps that bring running water into homes.

Restoring electricity on the island requires importing and restoring transformers, poles and power lines across the country, including mountainous regions.

On Tuesday, Governor Rossello and the mayor of San Juan, the capital city, said priority is restoring power to hospitals.  There have been accounts of patients who died in Intensive Care Unit while awaiting surgery. There are also reports of people suffering from lack of insulin, and other vital medication dependent on refrigeration.

The storms  disabled 1,360  out of 1,600 cell phone towers in Puerto Rico. This has severely disrupted communication, isolating many urban and rural communities from the outside world.

This is particularly disturbing to the large Puerto Rican community in Florida. Many, like Dorcas Santiago of Davie, whose parents and siblings live in San Juan, have not heard from their relatives since Maria struck.

Santiago has been trying to fly to San Juan to see what’s happening with her relatives but it’s almost impossible to get commercial flights into the country. The FAA radar at the main  Puerto Rican airport, the Luis Munoz International Airport, is damaged, resulting in limited flights.

The airport is also hampered by lack of electricity. Thousands of residents are trying to leave the country to join relatives in the mainland. However, there is no air-conditioning, and computes to check in passengers and create tickets are out. Passengers have to be checked in to flights by telephone, according to reports.

While it’s difficult to find fuel on the island this is not due to a shortage, but to logistics of distribution. Roads are damaged or blocked by fallen trees and debris. Lines stretch for miles with cars; people without cars are desperate for fuel, mostly to power generators.

Since this week an increased number of National Guards and FEMA staff have been deployed to Puerto Rico. FEMA has brought in millions of meals, and liters of water; hundreds of infant and toddler kits; thousands of tarps and roof sheeting. However, officials said much more supplies are needed, and help is also needed to get food, water and other supplies delivered to rural communities.

Addressing the General Assembly of the United Nations last week, Dominica’s Prime Minister Roosevelt Skerrit described graphically the catastrophe in his country caused by Hurricane Maria. “With physical and emotional difficulty, I have left my bleeding nation to be with you here today, because these are the moments for which the United Nations exists,” he said.

“We dug graves today in Dominica! We buried loved ones yesterday; and, I am sure when I return tomorrow, we shall discover additional fatalities as a consequence of this encounter.”

Skerrit added that Dominica came to the UN to declare an international humanitarian emergency – “one that is centered in Dominica but also encompasses many of our neighbors, including our sister isle, Antigua, which had to evacuate its citizens from Barbuda.”

He said 72,000 Dominicans “lie on the frontline in a war they did not choose, with extensive casualties from a war that they did not start.”

On Monday, Dominica’s police chief Daniel Carbon indicated the death toll following the passage of Hurricane Maria, had risen to 27; 18 persons have also been confirmed missing.

Carbon noted that the police have been kept busy, with the latest incident being a prison break that took place late Sunday. Four prisoners escaped, but two were captured shortly afterwards by police.

Another challenge is “massive looting” in the capital and other sections of the island.

“I can report that immediately following the passage of Hurricane Maria, we have had massive looting. Several business places in the city of Roseau and to a less extent in the town of Portsmouth had looting,”  Carbon reported.

He said as of Monday, 40 arrests had been made. In addition, 86 persons who violated the (4 pm) curfew were also arrested. But Carbon stressed the situation is under control, thanks to security personnel from across the Caribbean.

“We now have the situation under control, we have our regional colleagues here and they are helping us in that regard.”

Skerrit, in a public statement, assured residents that distribution of supplies is one of his administration’s priorities. “We are getting additional help from helicopters… once we get the supplies, they will be brought from the planes to the helicopters and distributed to the people in masses.”

He also appealed for order.  “What we are seeking to get from the residents is order. Yesterday, we did a fantastic job. We are attacking this relief effort from land, from air and from sea.”

According to the prime minister, “We are saddened by the loss of life, but at the same time are very fortunate we do not have hundreds, if not thousands, of lives (lost). We thank God for sparing so many of our citizens.”