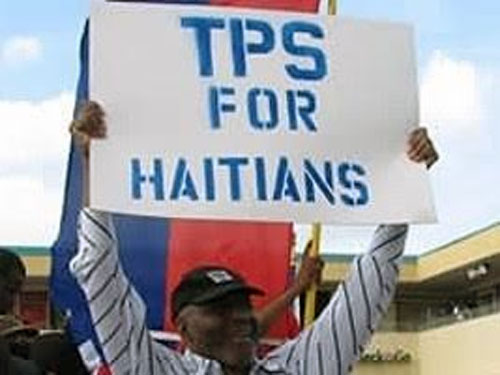 Haiti has formally written to the United States government seeking an extension of the Temporary Protected Status (TPS) for its nationals residing in the US.

The request, coming seven years after Haiti was devastated by an earthquake, is contained in a letter sent to the Department of Homeland Security last Friday.

Not fully recovered from earthquake

Government officials in the Haitian capital city, Port au Prince, said Haiti still has not fully recovered from the 2010 earthquake that killed an estimated 230,000 people and left more than a million others homeless.

In addition, the government pointed to the extensive damage caused by the passage of two hurricanes in recent years.

Haiti estimates that at least 60,000 of its nationals are living in the United states under the current TPS privilege. “A visit to the country by members of the US government would offer you (an) insight on the challenges that we continue to face,” Haitian Ambassador to the United States Paul Altidor wrote to Acting DHS Secretary Elaine Duke.

“The detrimental impacts of the recent hurricanes have complicated our ability to recover from the 2010 earthquake … resulting in major disruptions of living conditions in the short term,” he added.

A TPS designation grants a temporary immigration benefit to certain nationals of designated countries, allowing them to live and work in the U.S. for a limited period. TPS is typically granted to citizens of developing countries affected by natural disasters.

In May, the then DHS Secretary, John Kelly, approved a six-month extension of TPS for the Haitian refugees, the fifth such extension since the original designation following the 2010 earthquake.

Kelly urged Haitians living in the US without another immigration status other than TPS to “prepare for and arrange their departure” before the revised expiration on January 22, 2018.

But the Jovenel Moise administration says it is unable to handle the re-repatriation of its citizens, largely because of damage and flooding caused by last year’s Hurricane Matthew, and Hurricanes Irma and Maria last September.

The DHS is expected to review its decision on TPS for Haitians in November.