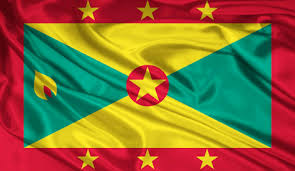 The ruling New National Party (NNP) has named caretakers for all fifteen constituencies amid speculation that prime Minister Dr. Keith Mitchell will announce the date for general elections ahead of the 2018 constitutional deadline.

Political observers said the 15 caretakers are expected to be named as candidates in the elections.

“It is a huge responsibility, but I know I am up to the challenge,” said 35-year-old school teacher, Kate Lewis, who was nominated for the position on Monday night and caretaker for the St Andrew’s North East constituency held by the retiring MP and NNP general secretary, Roland Bhola.

“I think the next generation of Grenadian leadership is beginning to come forward,” said Bhola, adding “we are about continuity and renewal at the same time, and it clearly shows in the list of 15 caretakers we have put forward. Grenada can be truly excited. We are!”

Opposition to present slate of candidates on Sunday

Meanwhile, the main opposition National Democratic Congress (NDC) has confirmed that it will be presenting it final candidate on Sunday

The party said that the head Roberts, a retired public servant who once served as head of the Government Information Service (GIS) will be presented at a public meeting here.

The NDP has already named 14 caretakers, three of whom are women.

Trinidad Government says “No Nation Accepts Non-nationals without Due Process”