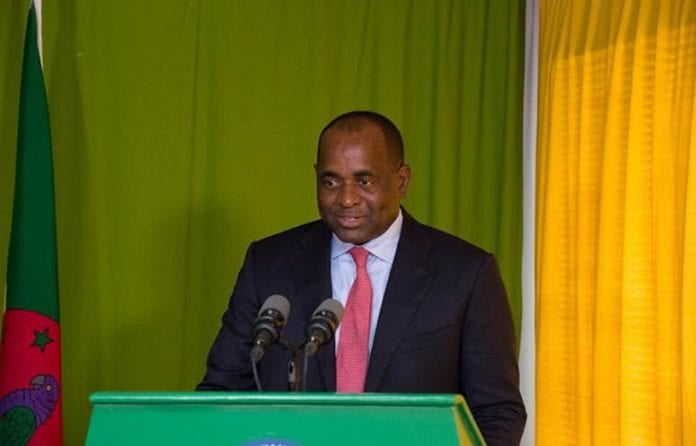 ROSEAU, Dominica (CMC) – The Barbados-based Caribbean Development Research Services (CADRES) says a number of Dominicans expect the ruling Dominica Labour Party (DLP) to win the December 6 general election but cautioned “that this is not necessarily an expression of voting intention”.

CADRES Director Peter Wickham, speaking at a news conference, where he unveiled the results of a poll conducted here during the month of October, said 48 percent of those polled said they expected the DLP to win the elections, while 25 percent said they expected the main Opposition United Workers Party (UWP) to win and 27 percent were unsure or preferred not to say.

The regional political scientist told reporters that the survey was based on just over 1,000 interviews that were conducted in all 21 constituencies across Dominica and the questionnaire used was structured and sought information on the main issues of concern, including the leader preferred to lead the island over the next five years and the respondents voting intention. The poll has a margin of error of plus or minus five percent.

Wickham told reporters that the issue of leadership is always a critical indicator and in this regard, respondents were asked which leader they would “prefer” at this time and the majority – 39 percent – said that they would prefer Prime Minister Skerrit, while the second-largest quantity (31 percent) opted for Linton.

But he noted that 26 percent of those questioned did not answer the question and four percent said they were genuinely uncertain about which leader they preferred.

“In this regard, the preferred leader responses were cross-tabulated with party support, in particular, the “uncertain voter” who did not opt for Labour or UWP in the party support question and a majority of these persons (69 percent) did not commit to either leader. Among those who did, the majority (13 percent) preferred Prime Minister Skerrit while eight percent preferred Opposition Leader Linton,” Wickham said.

“This conveys a sense that Dominicans expect the DLP to emerge victorious, but it should be noted that this is not necessarily an expression of voting intention,” Wickham said.

He told reporters that over the years he has noticed an issue in Dominica, which he referred to as “voter lethargy” which he described as the “extent to which voters are not excited to vote or alternatively a lot less enthusiastic about the voting than they were in the previous election.

“I can tell you at this point that voter lethargy is definitely up in Dominica. I don’t believe that comes as a surprise to anyone in that there’s an increasing lack of enthusiasm in voting and I am talking about voting for either party on this occasion.”

Wickham said, as a result, the question of success at the polls would hinge on which of the parties is better able to motivate voters at this point in time.

“I should point out that the issue of voter lethargy can impact negatively on our projections for a Labour win. Certainly, if Labour is able to get its voters out on election day and is able to deal constructively with this issue of lethargy then Labour could win.

“If, however, the Opposition is better able to exploit this issue of lethargy and get its voters out then UWP could win,” Wickham said, adding it depends on how the lethargy issue is dealt with by the parties.

“Certainly I would see this as being the significant issue in this election,” he said, noting that what CADRES has found in the Caribbean in recent times is that expectations of victory are sometimes the greatest problem for a party that is likely to win.

Wickham said that while a swing of seven percent would be required to ensure the removal of the DLP from power, he has been noticing “a couple of interesting phenomena…in specific constituencies where the movement is interesting.

“But I think you could see a situation where at the national level Labour loses support, but Labour is able to impact on some non-traditional seats in this election, which I find is a very fascinating movement.”

It said a total of 32 percent did not commit either way and this group is referred to as the “uncertain” vote and is clearly large enough to influence the outcome of the election in either way.

Wickham said that assumptions regarding the outcome of this election would naturally revolve around the voting behavior of this “Uncertain” group which has admittedly conveyed some sense of their support by virtue of their prime ministerial preference.

“In addition, CADRES has noted that this group generally splits along historic lines in the Caribbean and this tradition would also favour the incumbent. We note, however, that some amount of caution needs to be observed on this occasion as voter lethargy appears to have increased since the last election.

“Therefore, our projection of a Labour victory could be negatively impacted if Labour is not able to mobilize sufficiently on election day, or if the UWP is better mobilized and able to capture the interest of these lethargic voters in the remaining weeks,” he added.