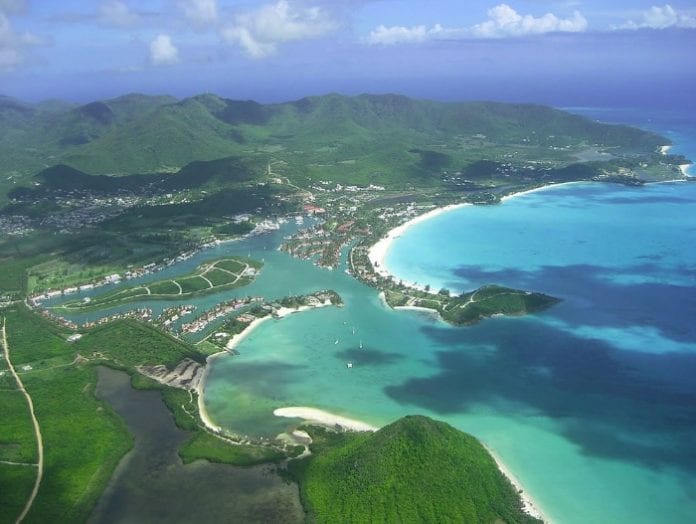 The injunction was granted after the case was lodged by Barbudans John Mussington, a school principal and marine biologist, and Jacklyn Frank, a social worker, outlining concerns about environmental damage.

Internal documents used by their legal team revealed that the authorities had been warned about ecological as well as archaeological risks.

According to London-based lawyer, Leslie Thomas QC, who is representing Mussington and Frank – “This is the first time the Barbudans are going to get real answers to some of their burning questions on the airport development. It is just a pity it had to be with the threat of the court armed with an interim injunction.”

Thomas argued that Barbuda’s extraordinary habitat – turquoise sea, white sand and magnificent coral reefs as well as fallow deer, red-footed tortoises and many rare birds – would be at risk of significant damage if the development goes ahead.

Mussington says Barbudans have been careful custodians of the island’s fragile ecosystem for generations who made a living from sustainable fishing and export of lobster along with low-key tourism.

The claimants filed the case as representatives of Barbudans who are affected by and opposed to the “massive destruction” of forests, wildlife and ecosystems allegedly associated with the construction of the airport.

According to Thomas,  the respondents in this case are the Antigua and Barbuda Airport Authority, the Development Control Authority (DCA) and the office of the Attorney General.

Lawyers representing the respondents made an application for adjournment of the proceedings to a later date.

However, because the respondents had been served with papers since July 9, and were yet to present any evidence in their own defense, the judge did not grant the application for adjournment and proceeded to hear the claimant’s application for judicial review.

Thomas also highlighted that the challenge was not against the construction of the airport, but whether or not the government had complied with the Physical Planning Act.

He said   his team had penned several letters to the relevant authorities about the environmental impact assessment that the government was required to carry out before construction commenced, but was yet to get a reply.

A full judicial review of the case will be heard on  September 26.