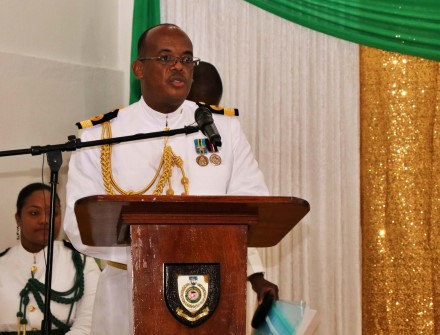 The head of the Royal Bahamas Defence Force (RBDF) has announced plans to send additional vessels to the southeast of the country in anticipation of a possible mass exodus of migrants fleeing Haiti in the aftermath of the assassination of Haitian President Jovenel Moise last week.

“What we are basically doing is enhancing our strategic posture and positioning in the southeastern Bahamas and, in particular, along the windward passage and the waters between Great Inagua and the coast of Haiti,” said RBDF Commodore Dr. Raymond King.

“What we are in the process of doing, and we have already started mobilizing additional vessels, in total we would have a dedication of four surface assets in that area, as well as our aircraft, [which] will be assigned to that area to provide intelligent surveillance and reconnaissance support to our surface vessels,” he said.

“And we really beefed up on our human intelligence aspect so we can get proactive or a preemptive idea of what’s going on in Haiti and if any mass exodus is about to occur.

Moïse, 53, who has been a controversial figure since being sworn in as Haiti’s president in 2017, was killed at his home, his wife, Martine Moïse, was also shot and injured during the attack and was flown out of the country to Miami for further medical treatment.

Haiti’s borders and its international airport were closed and martial law was declared in the aftermath of the event.

The Bahamas’ borders have been closed to travelers from Haiti since earlier this year, with the government citing concerns over COVID-19 and the low level of vaccination in Haiti.