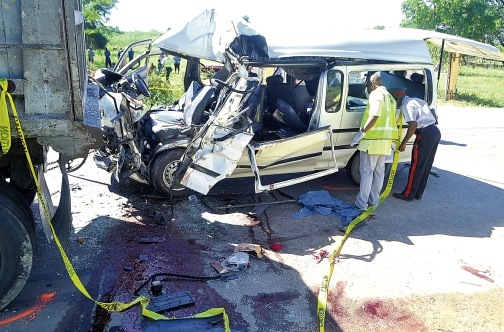 Statistics from Jamaica’s Road Safety Unit have revealed that 64 persons have lost their lives in road accidents since the start of the year.

The number represents a 33 percent decline when compared to the corresponding period last year, which saw 9. The Unit said raod fatalities are expected to decrease by 15 per cent in 2017.

Men are the leading victims of road fatalities on the Jamaica’s roads. A total of 56 males have died on the island’s roadways. This represents 88 per cent of all road users killed.

Director of the Unit, Kenute Hare, says that the Unit will be coming up with more strategies targeting males with a view to arresting the troubling trend. In a media release, Hare appealed to all males to re-acquaint themselves with the road code and practice the principles as this will go a far way in their preservation as they traverse the nation’s thoroughfares.