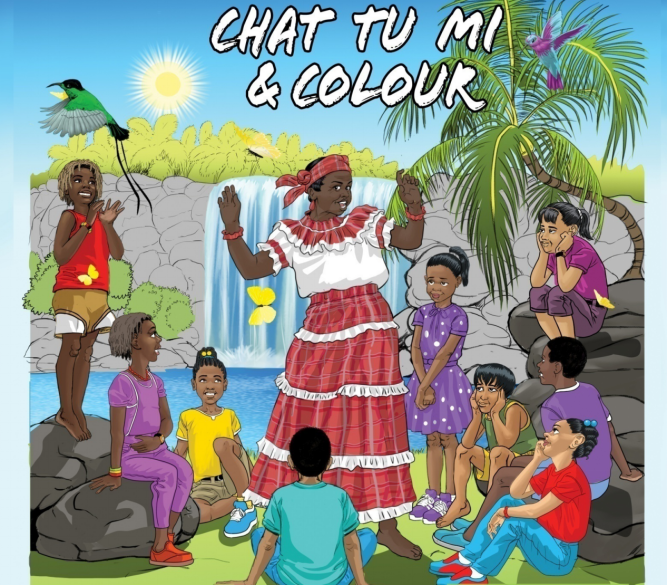 The colouring book, titled “Chat Tu Mi & Colour” (the first edition) was inspired by a similar book that her parents had created for her when she was a child. It incorporates many popular Jamaican childhood experiences and aspects of Jamaican culture.

Lorne, the host of CVM at Sunrise Morning Show in Jamaica, says that the book is a way to aid the transmission and preservation of the intangible aspects of Jamaican culture in a creative way. “There is a significant need to reinforce a lot of the morals and values from our parents and grandparents in today’s Jamaica. One of the positive things I have always admired is the use of proverbs to explain situations or stages of developments of circumstances in life”, she told Caribbean National Weekly.

The book includes 20 line drawings of Jamaican settings depicting landmarks, customs, traditions, and cultural icons, and takes it a step further to carefully pair these drawings with a Jamaican ring game, riddle or proverb.

“I think children across the diaspora will feel a little more connected to their Jamaican roots with this book. It will also educate and introduce them to the official way to write Jamaican. This will enable them to understand that there is a difference from an early age, which is the best time to explore being multilingual – before our biases get cemented”, she shared. 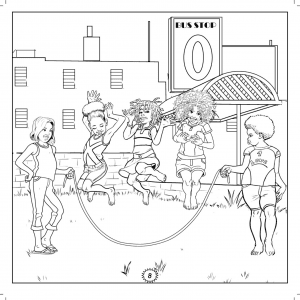 With the introduction of the Cassidy writing system (the official writing system of Jamaican Creole) in the colouring book, Lorne says she was able to consult with leading Linguistic professors at the University of the West Indies, along with members of the Jamaican Language Unit (JLU) who provided expert advice.

“The process to create this book started with an idea in 2016, and has since been in review amidst all the things I currently jungle. I was intent on making sure that I would produce something of real substance, so I ensured that I did my research, met with leading Linguist at the University of the West Indies, Professor Hurbert Devonish and consulted with JLU over the years as well as other cultural pundits such as Carolyn Cooper, Dr. Stanley Niaah and Professor Donna Hope” shared Lorne on the process. 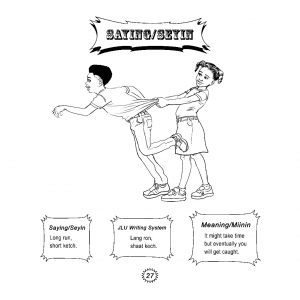 With the Jamaican government becoming more aggressive with the promotion of Jamaican culture to the world, there has never been a better time for young Jamaicans professionals, parents, and schools to join in the transmission of culture through creative avenues.

As Jamaican celebrates its National Heroes Day all weekend long, Lorne says that she hopes more young Jamaicans will see how special Jamaican culture is and do their part in protecting and preserving it.