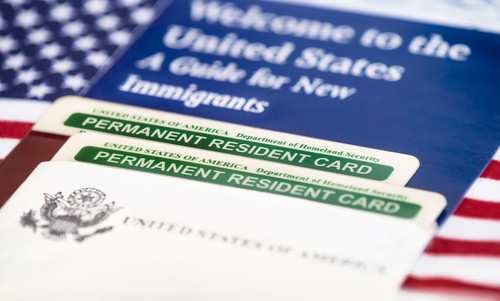 FLORIDA – As long anticipated, the Trump administration finally released its so-called “public charge rule” last week which will further restrict legal immigration and reduce the number of immigrants eligible for a green card.

The new rule is slated to take effect on October 15 and will also be applied to nonimmigrants, including those seeking to extend student, work or visitor visas in the U.S.

Understanding the “public charge” rule and what the new change means

The public charge rule was initially established by law in 1882 and over time  has been used by the government to deny visas for anyone who is deemed to be “primarily dependent on the government for subsistence,” by either 1) using public cash assistance for income maintenance or 2) institutionalization for long-term care at government expense, including: Supplemental Security Income (SSI), Temporary Assistance for Needy Families (TANF), “welfare”, State and local cash assistance, Medicaid or other programs supporting long-term institutionalized care, such as in a nursing home or mental health institution.

However, under the new rule, the administration has expanded the types of prohibited government benefits to further include:  Supplemental Nutrition Assistance Program, called SNAP (“Food Stamps”), Section 8 housing, rental assistance, housing subsidies and nonemergency Medicaid benefits (with exceptions for children under 21, people with disabilities, pregnant women, and mothers within 60 days after giving birth).

The rule applies to those who have received 12 months of benefits within a 36 month period, with two benefits in one month counting double. For instance, if a person received both food stamps and Medicaid for 6 months, it would still count as 12 months. Note that benefits received by a spouse or child will not count against an immigrant.

Most importantly, the rule has also changed the definition of “public charge,” to include not only past use of public aid but additionally the immigrant’s likely need for use of aid in the future. The real killer in the new rule is the provision which allows government authorities to deny visas and residency to immigrants based upon a determination that they are likely to use benefits at any point in the future! Under the policy, immigration officers will now be required to use specific factors to make eligibility determinations, including Age, Health, Family status, Assets, Resources and Financial status (including credit scores), Education, Skills and Proficiency of English.

Special consideration to children and seniors

USCIS officers are directed to consider negative factors, such as children under age 18 and adults over age 61 who are less likely to be able to work and support themselves, and more likely prone to need government assistance. This is especially true for elderly immigrants with disabilities and chronic health conditions, who are believed to be more prone to use subsidized medical and hospital care. Immigrants unable to speak proficient English can also be considered to be less likely to obtain employment sufficient to support themselves and therefore more likely to require government aid in the future. The government will also determine whether an applicant has “adequate education and skills to either obtain or maintain employment” (if authorized to work), by looking at employment history, high school degree and higher education, “occupational skills, certifications, or licenses,” and proficiency in English or other languages.

Applicants must submit new Form I-944

In addition to the current “Affidavit of Support” (Form I-864) required to be provided by all U.S. Resident and Citizen sponsors, the new policy will now further require the immigrant themselves to file  Form I-944, called “Declaration of Self-Sufficiency”  to allow immigration officers to determine whether the applicant is likely to become a “public charge” in the future.

Under the new strict guidelines, Immigrants with high incomes will be deemed as a “heavily weighted positive factor”, while those earning less than 250% above the federal poverty line, ($41,150/yr for a couple and $62,000/yr for a family of four) would have their income count against them when immigration officials are deciding whether or not to grant them a visa.

Officials will have the discretionary authority to allow immigrants and visa applicants who fail to meet the new public charge requirements the opportunity to post a public charge bond. The final rule sets the minimum bond amount at $8,100, however, the actual bond amount required will ultimately be determined based upon each individual’s circumstances.

New public charge requirements will apply to most immigrants seeking residency (green cards) based upon family sponsorship (some 800,000 per year according to statistics) and through employment, as well as those seeking temporary (“nonimmigrant”) visa and extensions. Those exempt include refugees, asylees, victims of domestic violence, and certain other special categories.

Experts believe that the government’s application of the new financial requirements could result in nearly half of all marriage and family cases being denied, not to mention denial of thousands of additional visas and visa extensions each year.

The good news is that there is a 60-day grace period before the rule takes effect, so cases filed prior to the effective date October 15, 2019, will still be adjudicated under the existing public charge policy. As a result, immigrants are strongly advised to file residency and other applications prior to the deadline so the case is received and receipted by the USCIS prior to the rule taking effect. Finally, since the publication of the rule, numerous states and organizations have filed lawsuits to stop the new policy from taking effect, which might result in delay or even permanently prevent implementation of the rule.