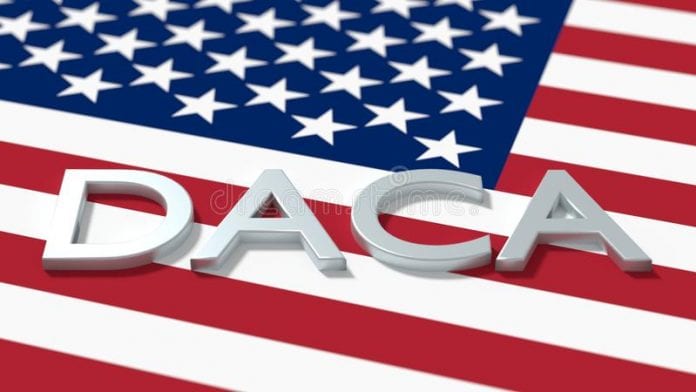 After President Trump cancelled the DACA program back in 2017, which led to a long court battle, the Supreme Court finally issued a decision in June 2020 which prevented the Trump administration from abruptly cancelling it and instead ordered that the USCIS should resume accepting new DACA applications for Dreamers who qualify under the 2012 Obama program.

The agency refused and a federal court then ordered the USCIS to either resume accepting new applications in accordance with the Supreme Court order or issue an advisory about what its position on the DACA program would be going forward.

On July 28, 2020, the Department of Homeland Security (DHS) issued a memorandum outlining an even more restrictive policy, in which the USCIS  will not accept any new DACA applications or advance parole requests (for travel) and will even restrict DACA renewals to a one year validity period, instead of the current two-year period.

The Memorandum reiterates the agency’s intentions to terminate the DACA program and to reject all new pending and future requests for DACA, with the exception of one-year renewals. The release also indicates that the agency needs additional time to review DACA  policies to determine how the Supreme Court decision should impact the administration’s handling of the program.

On August 21, 2020, the DHS released guidelines for the new policy, which confirm that the agency will not accept any new DACA applications, but, will, however, accept DACA applications from individuals who have ever held DACA status in the past. This is significant, since under the old policy, any DACA applicant who had failed to renew within one year of expired status, was ineligible to obtain new DACA status again.

For instance, a Dreamer obtained DACA status in 2015 for two years. When DACA status expired in 2017, the Dreamer did not have the funds to pay the filing fees, so the DACA application to renew was not filed. Then in 2018, more than a year after the previous DACA status had expired in 2017, an application was made to renew, which the USCIS rejected since the applicant had been out of DACA status for at least one year or more before reapplying. However based upon this new policy, those who have ever had DACA status at any time in the past can now file for new DACA status.

Policy guidance reiterates that renewals will only be for one year, (rather than the previous policy of two years), however, current two-year DACA status remains valid and those who have lost an employment authorization card may apply for a replacement which will still reflect the two year validity period.

The agency will also continue to reject applications for travel permits called “Advance Parole” which allow DACA holders to re-enter the U.S. after travel abroad, except in very limited circumstances, including those for urgent humanitarian reasons or “significant public benefit in keeping with the governing statute”, whatever that means.

Examples given include situations when a DACA holder travel to:

As always, federal litigation to force the government to return to the Obama DACA program rules continues in the courts, but progress is very slow, leaving hundreds of thousands of Dreamers with more uncertainty about their future and with even fewer benefits than they had before the Supreme Court ruling!

With so much at risk, current DACA holders who are expiring should file for renewal within 150 days before DACA status expires. You can read the DHS memorandum and recently released guidance about the new DACA policy, by visiting the website at www.Immigratetoday.com and clicking on the Immigration Newsletter link in the upper left hand corner or by visiting our enewsletter site at: www.americanimmigrationcentral.com