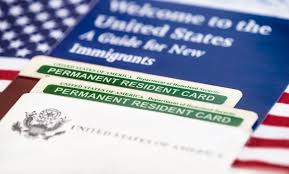 For months, USCIS printing delays have left thousands of immigrants without work permits and green cards, accumulating a backlog of over 150,000 by July 2020.

The production problems were caused by the USCIS’ cancellation of a contract it had with an outside company to produce employment authorization documents (work permits) and green cards, which ended in June 2020.

The agency apparently decided that it could produce the cards in-house, even while it was dealing with a severe financial crisis.

As the situation worsened, a class action lawsuit was recently filed in July by several immigrants to force the USCIS to produce the cards. The 20-page complaint claimed that the USCIS had significantly slowed or stopped providing workers’ Employment Authorization Documents (EADs) due to a “deliberate and intentional decision” to terminate its printing contract with a third party “without having any intention or plan to replace that printing contract” or otherwise produce the documents.

Success came only days later, on August 3rd, when the federal district court sided with the immigrants and ordered the USCIS to issue the cards within seven days.

In issuing his order, Judge Marbley found that those waiting for their cards to be printed suffered “an immediate threat of harm” being unable to provide for themselves and their families and being forced to rely “on the mercy and kindness of others for basic necessities such as shelter and food.”

The USCIS has requested a review of the order and further hearing are scheduled in the case.

You can read more about the court ruling by visiting website at www.Immigratetoday.com and clicking on the Immigration Newsletter link in the upper left hand corner or by visiting the enewsletter site at: www.americanimmigrationcentral.com