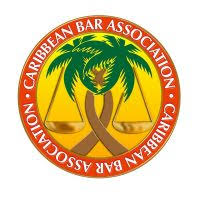 The Caribbean Bar Association is defending the rights of Cubans and Haitians to live and enjoy life, as the two Caribbean nations plunge into political and security crises.

In a release, the bar association said it “stands in solidarity with our brothers and sisters, in Cuba and Haiti, suffering from grave human rights violations, racial injustice, political and economic disenfranchisement, and other social inequalities.”

It further stated that: “As the people of Cuba engage in large-scale peaceful protests, we stand in support of their right to freedom in their pursuit of political, economic, and social advancement. We echo their cries of “Libertad!” in pursuit of their right to life, liberty, security, freedom of speech, and of the press. We condemn the Cuban Government’s brutal response to peaceful protests and universally condemn the use of state-sponsored violence and the criminalization of peaceful civil disobedience in opposition to human rights abuses and violations.

We know the road ahead will be long and arduous. But it was the Haitian people’s tenacity in freeing themselves from the grip of colonial France that not only transformed the geopolitics of the New World but also provided an authoritative example of what collective action and sheer determination could achieve. We stand with Haiti, not only in mourning the death of President Moïse, but also in the enduring hope that the promise of 1804 will begin to be delivered through economic and political stability.”

The Caribbean Bar Association which represents over 200 Caribbean-American lawyers, pointed out that the Caribbean region with its diverse and complex history, created through a multiplicity of colonial experiences, is in many ways a microcosm of the world. It said that “as long as poverty, injustice, and gross inequality persist in our world, none of us can truly rest because injustice anywhere is a threat to justice everywhere.” This the association said is a “reminder that we must affirmatively reach outside of our silos of operation.”

Pointing to the uprising in the United States, the CBA stated that: “The social unrests precipitated here in the United States by the murders of George Floyd and Ahmaud Arbery and the killing by police of Breonna Taylor should not be viewed in isolation. Neither should the deepening anxiety and political turmoil unleashed by the savage and brutal assassination of Haitian President Jovenel  Moïse and the critical wounding of First Lady Martine Moïse. And neither should the ongoing protests of human rights abuses in Cuba and the cries for political and economic freedom.” 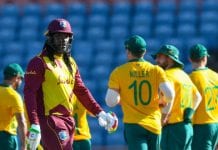