The year is 1831, and most people in the British colony of Jamaica are slaves, compelled to work in sugar cane fields for 12 hours a day. Men with whips supervise them, and harsh punishments are administered on a regular basis. Jamaican slaves had already been suffering for more than 200 years under slavery, but they knew that the drive to abolish slavery was gaining traction in Britain. Freedom was coming, and their leader was Samuel ‘Daddy’ Sharpe.

Samuel Sharpe was a slave himself, born in Montego Bay in 1801. His master, of the same name, allowed him special privileges. Unlike other slaves, Sharpe was able to read, write and was well-educated. Using his education, he became a preacher, leader, an abolitionist in the fight for freedom as chief organizer of the 1831 slave rebellion, and ultimately a martyr for Jamaica’s emancipation.

Baptist missionary, Henry Blys in his memoirs about slavery was so impressed by Samuel Sharpe that he wrote, “I had much conversation with him whilst he was in confinement and found him certainly the most intelligent and remarkable slave I had ever met. I heard him two or three times deliver a speech. I was amazed by both the power and freedom with which he spoke. He appeared to have the feelings and passions of his hearers completely at his command.”

Sharpe spent most of his time travelling across Jamaica, teaching fellow slaves about Christianity, which he believed promised freedom. Based on the Bible, he believed that whites could not enslave Black people any more than blacks could enslave whites. He served as a deacon and leader in the, still existing, Burchell Baptist Church in Montego Bay. It was in this setting that Sharpe developed his idea for the emancipation revolution. Sharpe’s initial plan was to have slaves passively resist and he shared this plan with slaves after prayer meetings on various estates, explaining that slaves had been freed in England but kept enslaved by the planters in Jamaica. He described how they could conduct a peaceful strike a few days after Christmas by refusing to labour until their concerns were addressed. Sharpe made fellow slaves kiss the Bible to pledge their allegiance to the cause and they in turn spread the plan across the island.

Contrary to plans of passive resistance, the destruction of the homes and sugar factory on the Kensington estate served as the first sign of the resistance. However, news of the plan had also reached ears of the planters. Even while the slaves had managed to form a few tiny fighting formations, when the colonial rulers dispatched the military, the slaves were totally outmatched and quickly defeated. During the initial liberation campaign, some 200 slaves perished, and afterwards, several hundred more were tried and put to death. Among them was Samuel Sharpe.

On May 23, 1832, Sharp was executed in Montego Bay for participating in the uprising. His execution attracted significant attention, and a sizable crowd gathered to watch.

The demon of slavery had sacrificed so many people, yet Sharp marched with confidence and dignity. His words, “I would rather die upon yonder gallows than live in slavery” reverberated among slaves who continued to resist even after his execution. Finally, in 1838 after two centuries and five decades of oppression, Sharpe’s cause was vindicated, and slavery abolished in Jamaica. 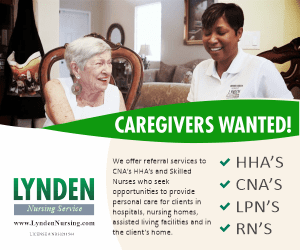