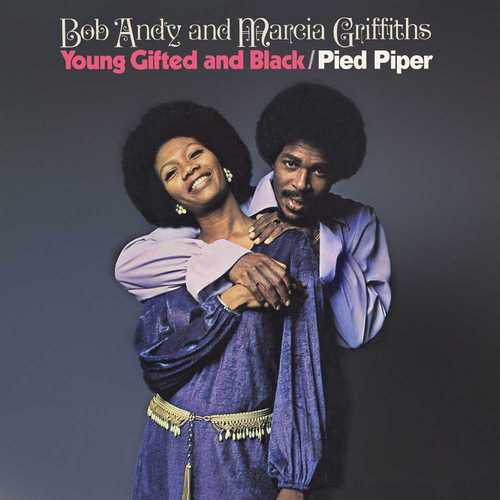 KINGSTON, Jamaica – In early 1970, the Jamaican duo of Bob Andy and Marcia Griffiths entered the British national chart with “Young, Gifted And Black”.

It was one of the biggest hit songs in the United Kingdom that year.

On April 4, Trojan Records celebrated the 50th anniversary of the single’s achievement by launching its younggiftedandblack2020 website. It highlights the accomplishments of young black people, posted by fans.

Laurence Cane-Honeysett of Trojan Records said an increasingly diverse Britain got into Young, Gifted And Black which was produced by Jamaican Harry “Harry J” Johnson.

“Young, Gifted And Black was embraced by many as a unifying anthem – and of course music is one of the most emotive and motivational forces known to mankind,” he reasoned.

Cane-Honeysett added that, “The positive theme is of course timeless. As of course, such is the quality of the duo’s wonderfully uplifting performance, and beautiful, sympathetic production, which still sounds fresh and vibrant after all this time.”

Andy and Griffiths, who met in the early 1960s in Kingston, were romantically involved at the time of Young, Gifted And Black’s success. They were also two of the top solo acts at producer Clement Dodd’s Studio One label in the late 1960s.

A prolific songwriter, Andy died in Kingston on March 27 at age 75. Griffiths, who became a member of the I Three, Bob Marley’s harmony group, performs regularly in Europe and North America.