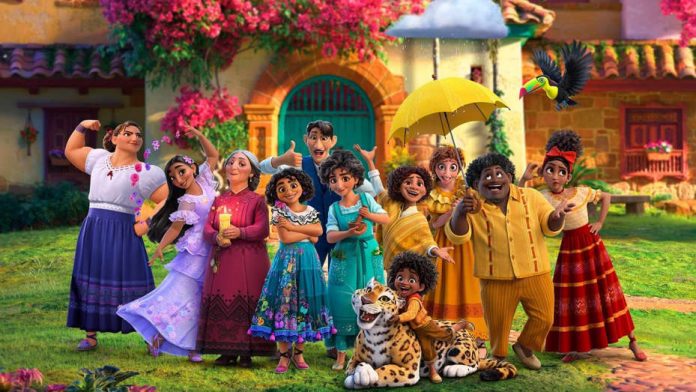 With more that 61 million video streams on YouTube, the soundtrack to the animated film “Encanto”, “We Don’t Talk About Bruno” is trending at  #17 on YouTube in Jamaica.

“We Don’t Talk About Bruno” stands out like a black sheep in a white flock, amongst the coveted top 30 songs that are viewed and searched for each week in Jamaica.

The fun and family friendly song is the only non-Jamaican musical, as well as the only animated movie soundtrack trending amidst Jamaica’s grimiest and dirty dancehall tracks, which are absolutely not fun, or family friendly to say the very least.

The soundtrack was shared on December 29 on Disney Music’s Vevo channel.

“Walt Disney Animation Studios’ “Encanto” tells the tale of an extraordinary family, the Madrigals, who live hidden in the mountains of Colombia, in a magical house, in a vibrant town, in a wondrous, charmed place called an Encanto.

The magic of the Encanto has blessed every child in the family with a unique gift from super strength to the power to heal—every child except one, Mirabel.

But when she discovers that the magic surrounding the Encanto is in danger, Mirabel decides that she, the only ordinary Madrigal, may just be her exceptional family’s last hope.

“We Don’t Talk About Bruno” Number one on Billboard 200

The animated film and the soundtrack quickly became a family favorite and now sits at #1 on the Billboard 200, becoming the first film or TV soundtrack to reach that peak in more than two years, dethroning Adele’s album “30” which ruled for six weeks.

“The animated movie’s popularity after its debut on the Disney Plus streaming service was also felt on the Billboard Hot 100, as the Lin-Manuel Miranda-penned song “We Don’t Talk About Bruno” soared 45 spots to No. 5.” as reported by Variety.

Jamaicans and the globe are locked in to the animated movie and soundtrack, as well as Adele, whose first single from the album ‘30’, also trended in Jamaica on the platform last year.