The traditional birthday celebration for reggae legend, Bob Marley will take a new format this year for the icon’s 76th birthday.

In a news release, the Bob Marley Group of Companies said the celebrations will include a global virtual birthday event hosted by the Bob Marley Museum, a Tribute Livestream by Stephen Marley, a limited edition release of Songs of Freedom: The Island Years, and a day of specialty programming on SiriusXM’s new Bob Marley’s Tuff Gong Radio channel.

In lieu of the live annual birthday celebration that usually occurs at the Bob Marley Museum every year, the Bob Marley Foundation will be hosting a global virtual event.

Reggae Jam sessions and other celebratory events are also scheduled. 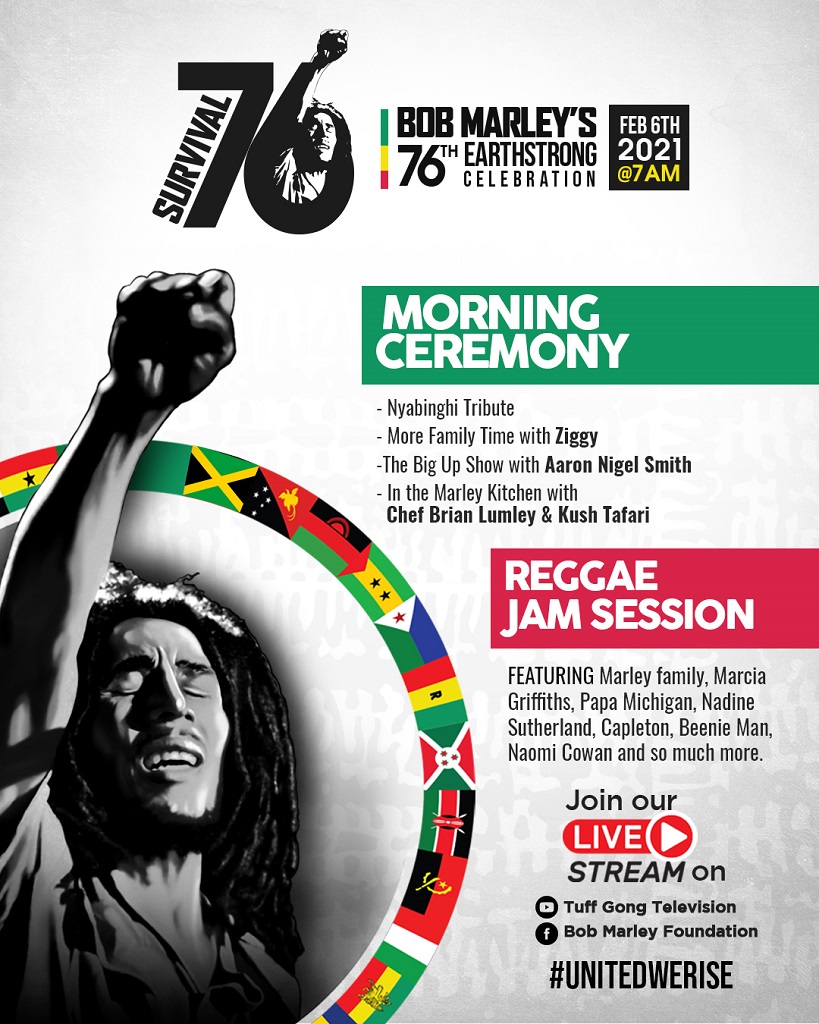 It’s been 40 years since Jamaica and the world said their final goodbye to the “king of reggae”, and still, to this day, Marley is regarded as the most prolific, most successful and most influential reggae musician of all time.

Around the world, “Marley” has become a household name. His children have dedicated themselves, in their respective careers, to the same level of excellence that was so out-rightly displayed by their father.

His sons, Damian, Julian, Stephen, Ky-Mani and David “Ziggy” Marley are all accomplished entertainers, Rohan Marley is a former football player and successful entrepreneur, while his daughters, Cedella and Sharon are both singers, designers and entrepreneurs.