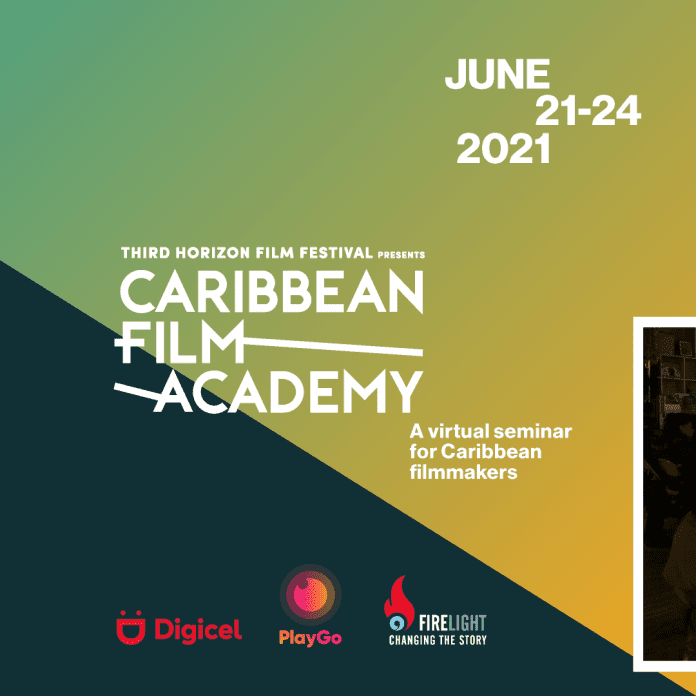 Caribbean filmmakers across the globe will have an opportunity to unite online to learn how to finance, create, distribute and incubate their films from acclaimed industry leaders and film directors at the 2021 Caribbean Film Academy, a four-day virtual seminar taking place June 21 – 24.

The Caribbean Film Academy 2021 is presented by Third Horizon Film Festival, an annual celebration of Caribbean cinema that was named one of the “25 Coolest Film Festivals in the World” by MovieMaker Magazine.

THFF 2021 takes place online and in Miami immediately following the close of the Caribbean Film Academy, from June 24 – July 1.

The four-day virtual seminar consists of two components: private daytime intensives for a cohort of 12 filmmakers from across the region and its diaspora.

In the evening, this “Class of 2021” will join hundreds of other Caribbean film creatives in live, public masterclasses and a keynote conversation streamed online for free via Facebook and YouTube, in partnership with Digicel.

“As a Jamaican bred creative, to connect Caribbean filmmakers across our imaginary and real borders has always been a wish, made real with the newly incarnated Caribbean Film Academy in collaboration with my co-creator Themba Bhebhe and the stellar Third Horizon team,” said Chloe Walters-Wallace, co-creator of the seminar.

“Film creates the space for audiences, countries, and regions to imagine a new reality so I’m particularly excited about adding the lens of non-fiction film to the public forum we absolutely need and deserve in the Caribbean.”

“I share with Chloe Walters-Wallace and the rest of the sterling team of Third Horizon the desire to tap into the Caribbean’s rich tapestry of interweaving cultures, languages, histories and realities, and to see them expressed cinematically, with a visual aesthetic and narrative vernacular that celebrate this region. It’s, of course, a desire that stems from my own Caribbean ancestry and it’s been one of the most rewarding experiences of my career to join forces with the premiere Caribbean festival to amplify and uplift the Caribbean filmmaking community both within the region and its many diasporas,” said Themba Bhebhe, co-creator of the sessions.