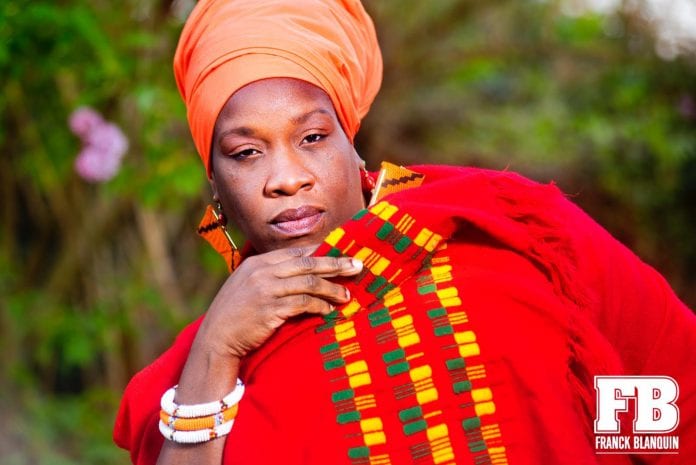 MIAMI, Florida – Jamaica and Trinidad and Tobago have a tradition of mutual music respectability. Reggae and dancehall are extremely popular in the twin-island republic; Jamaicans have long admired ‘Trini’ calypso/soca artists like Lord Creator, The Mighty Sparrow and David Rudder.

Queen Omega, born in the music-rich area of T&T’s San Fernando region, is roots-reggae to her core. Her six albums and numerous songs reflect a strict belief in Rastafari.

It has been eight years since her last album, an eternity in contemporary music. She is in Jamaica recording songs for her seventh album which is expected to be released in 2020.

Though weaned on soca and calypso, Queen Omega says there is a special feeling being a roots-reggae artist.

“I think the most satisfying aspect is the fact that you travel to different countries, meet different people and learn different languages and culture,” she stated.

With new management, the 38-year-old singer decided to record songs for her comeback album in Jamaica. Some of the musicians she is working with in Kingston are Locksley Dixon, a multi-instrumentalist who has toured with Jimmy Cliff, Queen Ifrica and Tony Rebel; and Thomas Broussard, a French guitarist/producer who has worked with reggae acts in his country and Jamaica.

She has performed twice in Jamaica, at Rebel Salute and Reggae Sumfest. Her return to the live stage there in December is critical since, “The raw energy you feel when you touch stage show a ‘yard’ is indescribable.”

Since launching her career 20 years ago, Queen Omega has done the reggae festival rounds in Europe and North America where she rubbed shoulders with many Jamaican acts. She befriended several of them which opened doors for her to collaborate with Jamaican musicians.

Her self-titled debut album was released in 2001; Together we Aspire, Together we Achieve, her previous album, came out in 2012.