Three Jamaicans Featured on Rebelution’s New Album, ‘In The Moment’ 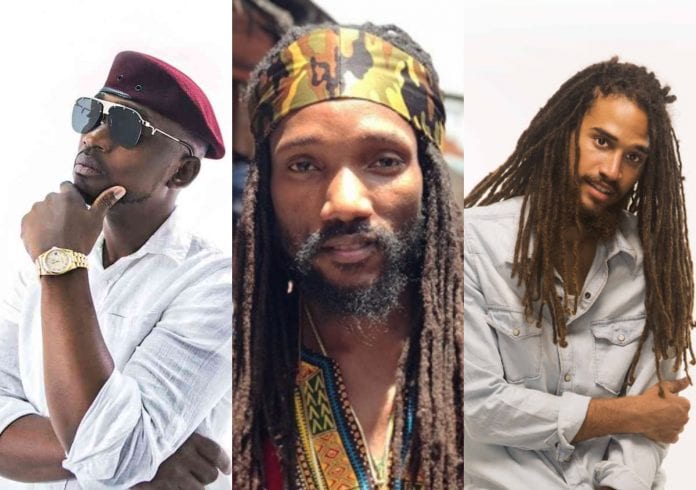 ‘In The Moment’, the much-anticipated new album by Rebelution is out now and three of Jamaica’s high flying reggae stars, Kabaka Pyramid, Busy Signal and Keznamdi, are featured on the 15-track production. 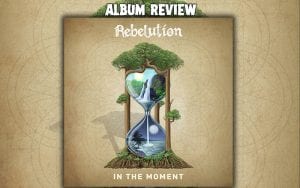 The album’s blend of several sounds including alt-rock, electronic, pop, hip hop and reggae, hits close to the latter’s true essence, with the collaborative element from the root of the genre.

The undiluted, deeply-felt presence of the Jamaican singjays affixing dimension to the core sound of the record. Just recently, the music video for ‘All or Nothing’ with Busy Signal, came as the fourth single from the album.

On the production’s 6th track, ‘2020 Vision’ which features Kabaka Pyramid, a slow-paced, hip hop inspired, rhythmic art piece, hears the band’s vocalist and guitarist, Eric Rachmany melodically singing, “never give in we never give up, coming back again like a selecta with a wheel up, time to go and seek out, bout to re-up, got my second wind watch it when I speak out”.

He continues on the piercing beat, ‘they hover round, like a flock, vultures, they want a piece of what I got, vultures”. Later on in the song, Kabaka’s quick-witted vocal style unveils the instinctive ability to detect the facade used by persons deficient of integrity.

On track 13, ‘Places Unknown’, Keznamdi’s raspy injection syncs smoothly with the roots-rocking vibe of the song’s message. He deejays, “sometimes life will rock your boat, don’t let ego stunt your growth, risk it all or lose the chance, yes it hard fi beat the odds, don’t let failure cut your throat, time will pass you by don’t you loaf, in these times you have to cope.”

Keznamdi will also appear as a special guest with the band on their Good Vibes Summer Tour on select dates, starting August 5 to October in the US alongside Steel Pulse, The Green and DJ Mackle.

He expressed gratitude and excitement via his Instagram page about the upcoming tour saying, “Really looking fwd to sharing the stage with the great @rebelutionmusic this summer. I am featured on their new album which just dropped today and debuted number 2 on the charts across all genres. This is Massive for Reggae Music seeing that it’s been such a long time since this has happened!!!!! Go check out the album. ROAD A GET BUN ��� UP DA SUMMA YA!!!!!!”