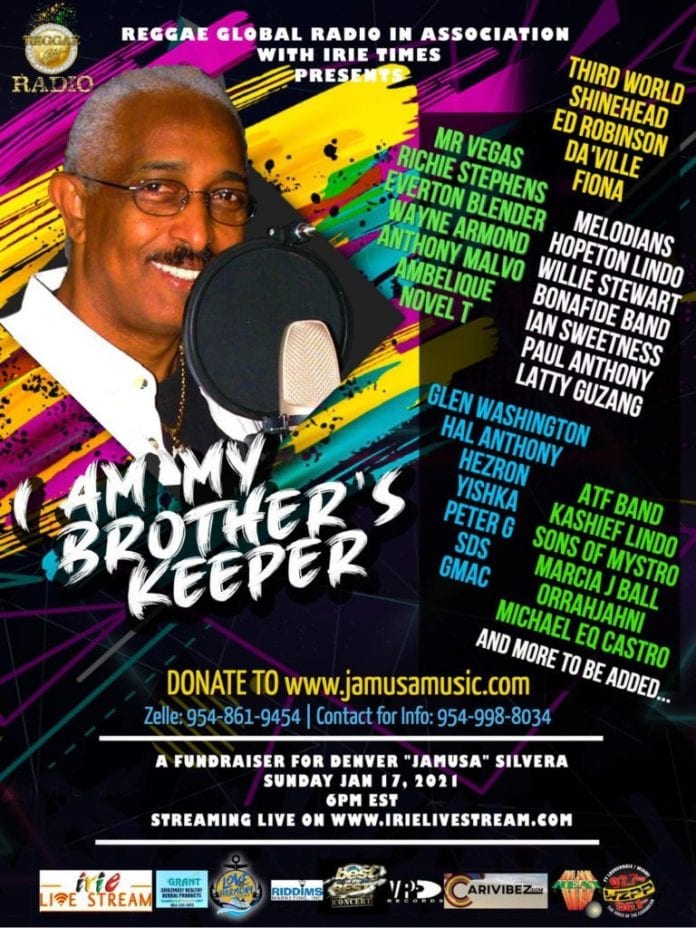 World-renowned Third World Band, veteran crooner Richie Stephens and dancehall artist Mr. Vegas are among some 32 local and international stars that will participate in the “I Am My Brother’s Keeper fundraiser for veteran South Florida Caribbean-American radio personality, Denver “Jamusa” Silvera. The local icon is currently recovering from COVID-19.

After contracting the deadly virus, Jamusa, a veteran broadcaster on Caribbean Radio WAVS-1170 AM in South Florida, was unable to work for several months and is facing severe financial challenges.

“The outpouring of love and support for Jamusa has been tremendous. Jamusa is one of the cornerstones of broadcasting in reggae throughout the Caribbean. As artists and members of the music industry, we should always support each other no matter how we feel,” said singer, broadcaster and publicist for the show, Joanna Marie Chin Loy.

The virtual fundraising concert will be streamed live on irielivestream on Sunday, January 17, from 6 p.m.

Viewers will get to see other acts such as Shinehead, Ed Robinson, Kashief Lindo, Hopeton Lindo, Everton Blender, Hezron and Wayne Armond.

Though he has been on the South Florida airwaves since 1978, Jamusa started his broadcasting career during the late 1960s in New York City.

A respected sound system selector, he is one of the surviving pioneers of South Florida’s Caribbean entertainment scene along with WAVS founder Winsome Charlton and fellow broadcasters Ron Burke and Winston Barnes.