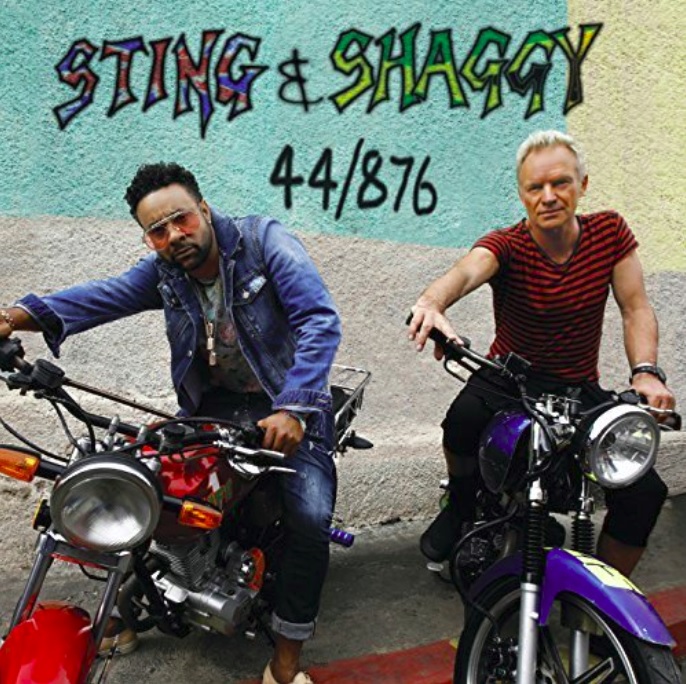 Sting and Shaggy, the most unlikely combination, have made a favorable start with 44/876, their joint album which was released last week. It debuts at number nine in the British national chart alongside some heavy hitters.

Shaggy and Sting have been making the media rounds since announcing their surprise collaboration in late 2017. Their first appearance together was at the Shaggy and Friends charity show in Kingston, Jamaica in January.

They have appeared on a number of high-profile shows including The Tonight Show with Jimmy Fallon on NBC and The View on ABC.

To date, two songs have been released from 44/876: Morning is Coming and Don’t Make Me Wait. The set sold 10,000 copies in its opening week.

The album brings together two artists whose best days as mega sellers have long passed. Sting, a Briton, had remarkable success with reggae-pop band The Police during the 1980s. He was even more successful as a solo act with easy-listening songs like Fields of Gold and Englishman in New York.

Kingston-born Shaggy is one of dancehall’s best-selling acts. His Boombastic and Hot Shots albums sold millions internationally on the backs of pop hits like Boombastic, In The Summertime, It Wasn’t Me and Angel.

The two are expected to start a 31-date tour of Europe on June 19 in Plovdiv, Bulgaria.