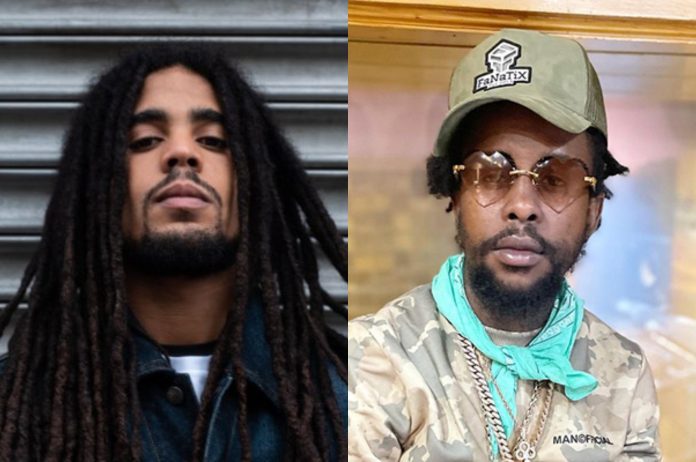 Vibe, a new collaboration between Reggae singer Skip Marley and dancehall superstar Popcaan, is on the way. The Bob Marley heir teased the track’s October 1 release date on Twitter recently, with a snippet of the new acoustics.

“Mi new chune ‘Vibe’ will be officially out fuh di people on 10/1,” he tweeted. “Thank yuh all for believin’ wit me ‪#GoodVibrationz.”

Skip Marley is no stranger to cross-genre collaborations, having previously collaborated with American pop star Katy Perry on her two-time platinum single Chained To The Rhythm.

Higher Place was nominated for a Grammy Award for Best Reggae Album last year, but some critics argue that the EP isn’t “really a reggae record.”

During Marley’s interview with Wha’ Gwaan Munchy on Reggaeville, the host stated that, while she agrees that the message in his music is “Reggae,” the delivery and style of his songs do not always sound distinctive to the genre.

Marley explained that while reggae is the root and foundation of his music, he is frequently inspired to take it to new places and branch out into different sounds.

“Reggae is the foundation, but the tree has branches, and leaves grow from that branch and spread out… “I’m not really in a box, so you’re just wherever the inspiration takes me at the time,” Skip explained. “But the root, Reggae music is always the foundation you know because that’s where I come from, so no matter what…”

The Unruly Boss, who is also a prolific cross-genre collaborator, has previously collaborated with Reggae acts such as Beres Hammond on A Mother’s Love and God Is Love, and Protoje on Like Royalty.

Meanwhile, the 25-year-old Reggae crooner revealed that he has a collaboration with Ghanaian heavyweight Stonebwoy, an Afro “dancy kinda vibe” tune, and another “Reggae vibe” track on the way this year.