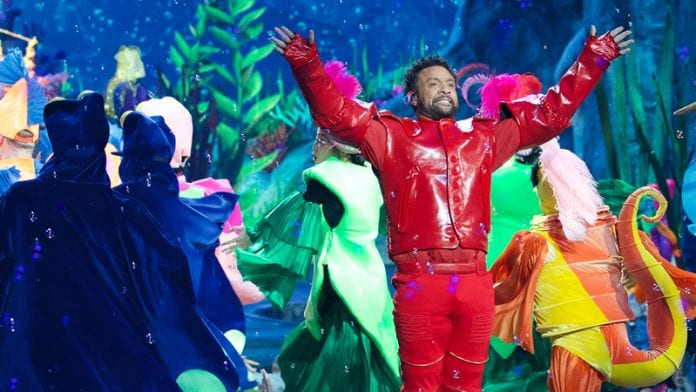 KINGSTON, Jamaica – Grammy-award winning dancehall singjay Shaggy plans to donate his earnings from his role in “The Little Mermaid: Live” to the Bustamante Hospital For Children in Kingston.

Shaggy, who has been a consistent donor to the only children’s hospital in the English speaking Caribbean, through his ‘Make a Difference Foundation’, has expressed an intention to use part proceeds of his earnings from the film, to continue his support for the hospital, despite the cancellation of his biannual charity concert, Shaggy and Friends.

A few weeks ago, Shaggy announced that his biannual charity concert, Shaggy and Friends, will not be held in 2020 as a result of a heavy upcoming schedule. The donation of his earnings will stand as a way to show his consistent support for the hospital.

On Tuesday, November 5, Shaggy made his debut as “Sebastian the Crab” in ABC’s live musical of the 1989 Disney film, the Little Mermaid.

Shaggy played Sebastian alongside Queen Latifah, who was billed as Ursula and Aulii Cravo as Ariel. The live musical event was part of the Wonderful World of Disney franchise honoring the 30th anniversary of The Little Mermaid.

Dancehall superstar Shaggy says he enjoyed himself immensely and thanked all his fans for their support. “Amazing night thanx to all my well-wishers and everyone who made this possible! Thanx to ABC and The Wonderful World of Disney for the opportunity’ to my fans, my family, my team, and the almighty mad luv. Sleep a beat mi’ but feel good. Blessings,” Shaggy posted on Instagram shortly after the show ended.

The Little Mermaid Live received stellar TV ratings with a little less than nine million viewers. The 51-year-old artist also received a standing ovation for his rendition of Disney’s famous song, “Under the Sea”.