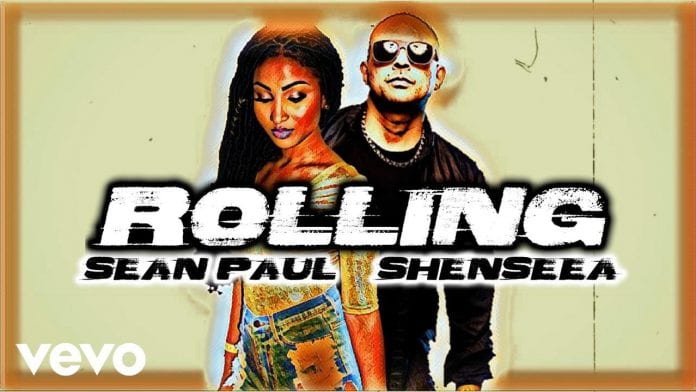 Internationally renowned, and Jamaican recording artiste, Sean Paul, has teamed up with dancehall’s latest female sensation, Shenseea, for the release of a new single – “Rolling”.

Sean Paul, who is currently on tour in the United States, will head to Australia and New Zealand next month.

In November, the next stop for the Grammy award winning artiste will be Europe. On that leg, he will introduce his fans to Shenseea with the SP Rolling Europe Tour.

The tour will include performances in Manchester, Birmingham, London in England; France, Netherlands, Denmark, and Germany.

Shenseea – who is also Jamaican, is currently on tour in Canada.

Shenseea recently entered the limelight with her debut single Jiggle Jiggle, followed by the controversial Loodi.

Last year, Sean Paul, “the pretty boy of Jamaican music,” received commendations from internationally-renowned Forbes Magazine as “one of the most surprising stories of 2016 in the music world”. Find out more here: https://www.caribbeannationalweekly.com/entertainment/jamaican-singer-sean-paul-hailed-forbes-magazine/